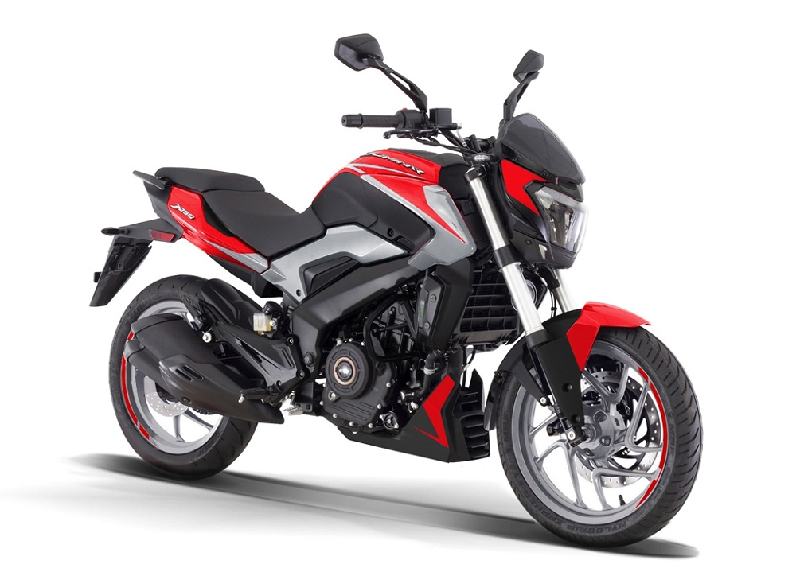 As we reported yesterday, Bajaj has done a Pulsar to its Dominar range. The sports cruisers – that comprise of the bigger Dominar 400 and the smaller Dominar 250, were sold in singletone colors till now. In a latest announcement, Bajaj has officially announced the launch of new Dominar 250 in three new dual tone colors.

The quarter liter is now available in the following shades..

As you can see, Bajaj has mated the silver color with two brighter shades (apart from black) to come up with new themes. Till now Dominar 250 was available in Canyon Red and Charcoal Black – which have been discontinued.

Earlier in July, the Pune based automaker surprised everyone by announcing a major price slash on the 250cc Dominar. Interestingly, Bajaj has left the price unchanged and here is how much it costs..

The company has announced that there are no changes to the specs of the motorcycle. This means that it continues to churn 27 PS of peak power at 8500 rpm and 23.5 Nm of max torque at 6500 rpm from its KTM-derived 248.7cc single cylinder, DOHC engine.

Bajaj says it wants more people to join the touring world and hence it is pushing the Dominar 250 which has now become the entry into the Dominar world. The touring-focussed Dominars come with upside-down front forks, twin barrel exhausts, throaty notes, along with multi-information displays and bungee straps which are tucked under the seat.