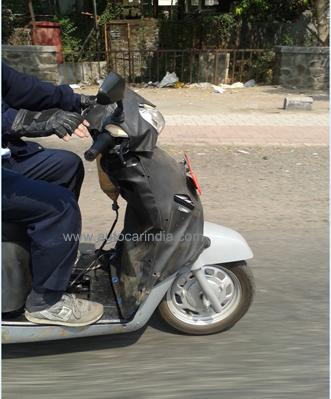 It has been nearly 10 months since we first showed you first ever spy pics of Mahindra’s upcoming 110cc scooter. Mahindra’s answer to Honda Activa and Hero Pleasure was last spied in January (here) and contrary to what we expected, there were no signs of it during the Auto Expo.

The new scooter (codenamed as G101) was recently spotted near Pune again by Autocar and this time also there are quite a few changes. The rear lights are back to the normal traditional place unlike the one that we talked about in January, 2014.

The scooter continues to be the full bodied one which we have expected it to be. It continues to have the high handlebar, with the headlamp cluster fitted to it. Indicators are believed to be vertically set in the front body panel. The broad and chunky rear view mirrors should provide good visibility. Also evident is a broad floor board for a comfortable ride. 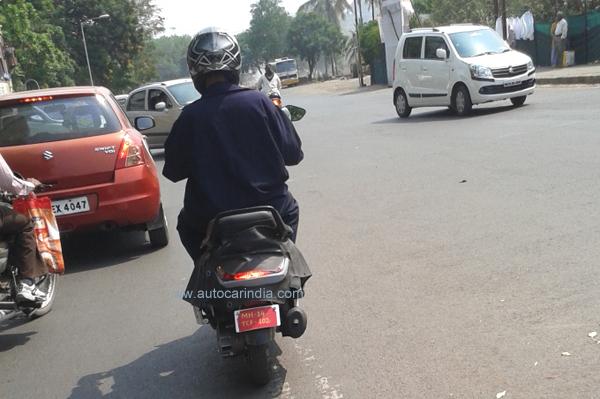 The 110cc air cooled, four stroke heart should be good enough for short sprints to those grocery stores. Specifications are not known and the question – will the company tweak the existing 110cc motor from Centuro? is still lingering unanswered.

There have been no words about a possible launch date yet from Mahindra, but we can safely assume that it will hit the roads well within this year for sure.