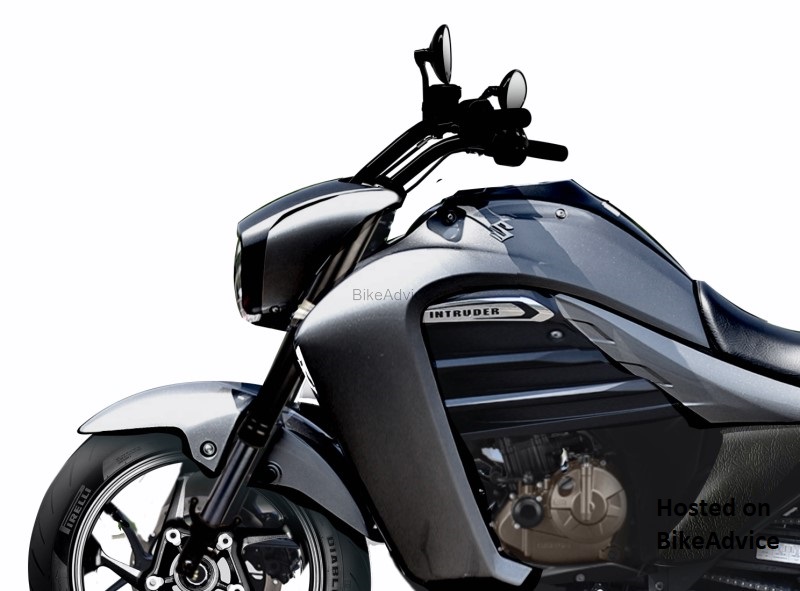 One of our reader has shared his version of the upcoming Intruder 250 with minor tweaks to the design, including fatter tyres. Like it…?

BikeAdvice was the first online portal in India which revealed the pics of Intruder 150 to the world. Ever since then there have been mixed reactions about the motorcycle.

Although the model wears sufficient sized tyres for its engine size, there has been widespread feedback that those tyres do not suit its muscular, puffed up body. Amid reports of the company preparing the 250cc version of the model, one of our reader who goes by the name ‘athiest priest‘, has shared a worked up pic of how it should look, if Suzuki is carrying similar design language forward.

I have created this for fun.
Inspiration: Unfortunately the company screwed up the bike and I am pretty sure it needed an update in one way or the other. Hence, reimagining with the Gixxer 250’S engine, bigger tyres and changed riding geometry.

Yamaha FZ25 Falls Below Gixxer 250; Is High Price the Culprit…?

It is also almost a given that the Intruder’s styling just needs minor tweaks and it could be one real game changer in the form of Intruder 250. Like the 150cc siblings, the 250cc Intruder will share its engine with the Gixxer 250s.

So far, Suzuki India hasn’t shared any details about this upcoming model but we hope to get some concrete sneaks sometime this year.