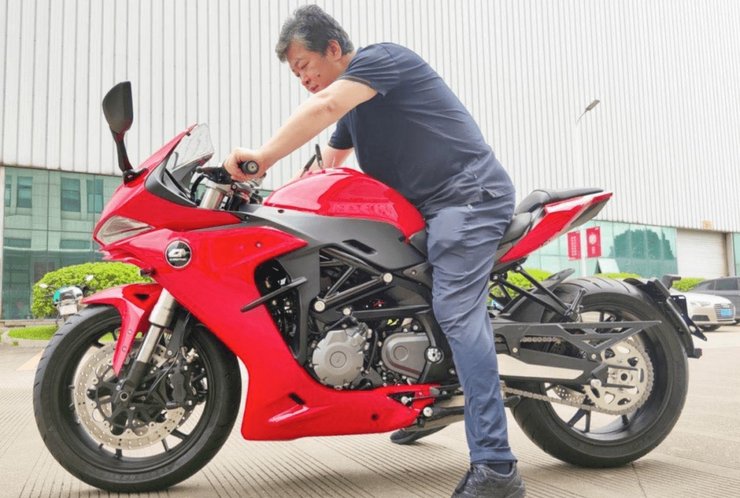 The QJMotor SRG 600 previews the upcoming Benelli 600 which will be a faired version based on this shared 600 platform which we have experienced on the TNT 600.

To clarify, Qianjiang, which is the owner of the Italian Benelli brand, is co-developing similar motorcycles – which can be sold under the Benelli’s moniker as well as QJMotor’s tag. QJMotor is also a newly surrected brand which has received its first motorcycle – the recently launched SRK 600. This SRK 600 previews the Benelli’s TNT 600.

The other bike under the QJMotor’s moniker will be this – SRG 600 – the faired sibling of the SRK. This faired motorcycle has been spotted earlier as well and it previews Benelli’s upcoming 600RR. The 600RR will be the second faired motorcycle in Benelli’s portfolio in China and it will join the 302R.

The faired SRG looks production ready (or these may even be the first mass produced units) and shares a lot of parts from the SRK 600. If you look closely, there are two variants in this picture set. One of them features silver colored upside down front forks and are shod with J.Juan brake calipers.

The other one (pictured below) carries golden finished upside down front forks and Brembo branded brake calipers. This one, with the Brembo brakes, is expected to be the higher spec variant in the lineup.

Its equivalent version- the Benelli 600RR, is what is expected to go to international markets and considering the aggression the company is showing in India, it may well be destined for our market as well. Details are expected to percolate in the days to come…