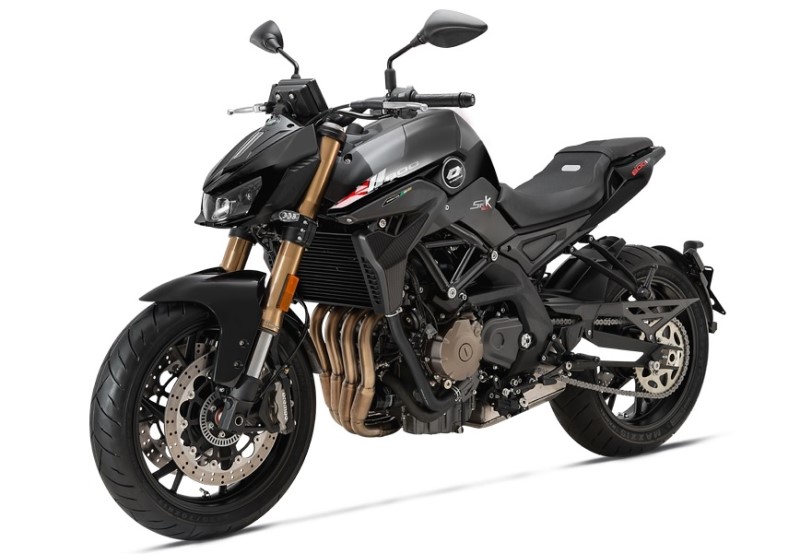 Benelli SRK600 or next-gen TNT 600 is likely to come to India as well. We discuss the price, specs and other details of the 4-cylinder mid-sizer…

Benelli has some mysterious plans with its TNT 600. Various different variants have surfaced so far and the only logical strategy that we can make out is that the company may be preparing two or more versions on the same platform – which could either be sold as different motorcycles or they could be exported to different countries exclusively.

Nonetheless, what is official is this – QJ SRK600 – the motorcycle you see on this page. Benelli is now a part of the Chinese Qianjiang group which also sells motorcycles under its own branding and most or all of them are rebadged Benellis. The SRK600 is the next-generation TNT 600 and could either replace the standard model (TNT 600) completely or be sold alongside as a more premium model.

The SRK600 is powered by the updated 600cc inline four cylinder engine that makes 81.5 PS of peak power at 11,000 rpm and 55 Nm of max torque at 8000 rpm. Power is slightly down but torque has seen a very marginal increment. It continues with a 6-speed gearbox.

The overall styling is completely changed and it now looks a lot more modern and aggressive with sharper body lines. It gets features like LED headlamps, keyless ignition, backlit switches, full digital colored instrument cluster etc. The motorcycle also features an underbelly exhaust. For reference, the TNT 600 that was sold in India had an underseat exhaust.

The new SRK600 is expected to be sold in India under the Benelli brand. It is not clear if it will be projected as a new, premium motorcycle or it will replace the TNT600 which, anyway, is due for an update.