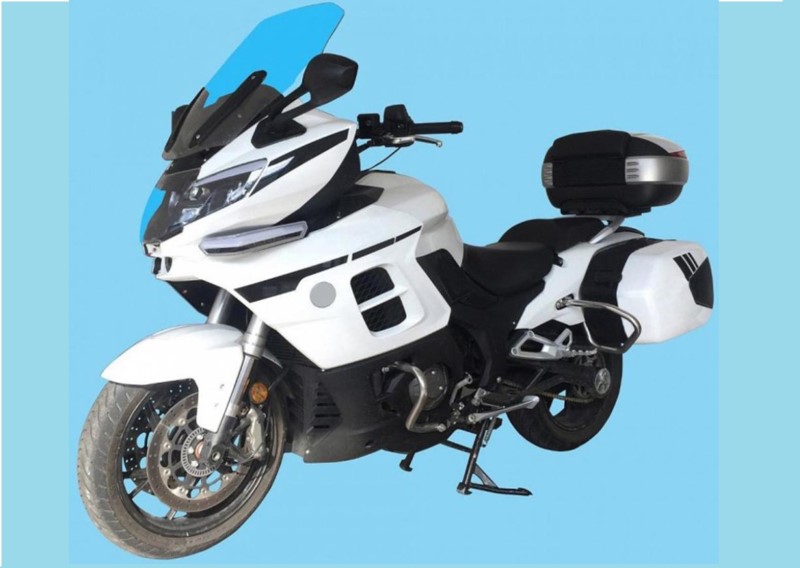 Benelli is a on a product rampage. Under its Qianjiang ownership, it is preparing a plethora of new models, most of them almost ready to be unleashed in the market. In this series of spy pics, we have landed upon the biggest upcoming Benelli – BJ1200 GT.

The BJ1200 GT is a large tourer which immediately reminds us of BMW R1250 RT. The flagship tourer has got a massive fairing and an equally tall windscreen. The spy pics feature panniers which may or may not be standard offerings.

Other visible features include dual disc brakes upfront, upside down front forks, a fairly big instrument console along with a host of signal lights.

It is said to be powered by a 1209cc, liquid cooled, inline-triple cylinder engine which will likely produce 135 bhp of power. It is also equipped with keyless ignition, electrically adjustable mirrors and Tyre Pressure Monitoring System, etc.

The BJ1200 is not expected to come to India in the foreseeable future. It may be a China-focussed product and may go to few other developed markets.