UM was in the news recently for creating a blatant copy of KTM’s Duke (view it here). In terms of sales, they are doing fairly well in the Indian market and it would surprise you that their cruisers outsell popular motorcycles like Duke 250, CBR 250R etc.

They have set a target of 15000 unit sales for this financial year for which, apart from expanding dealership base to 100 (from 78 setups currently), they will be introducing new products and refreshing current product lineup. As for the upcoming products, we already know that the most affordable UM Duty is coming with a new engine. 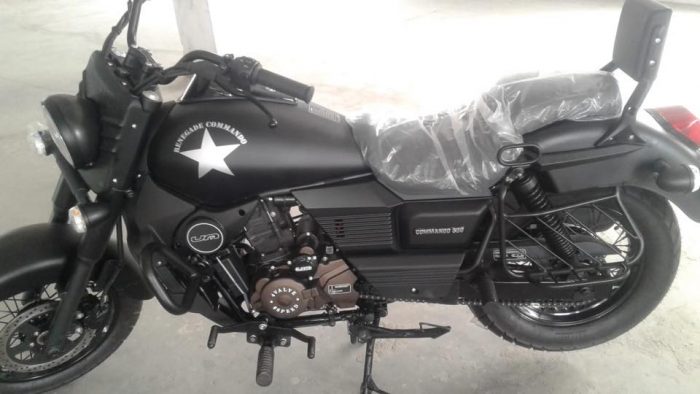 Apart from this, they will be bringing a new colour to their largest selling cruiser. As per an update via one of their local dealership, Renegade Commando will be getting a new colour called as Black Cat (which is nothing but Matt black).

Currently, the Commando is offered in Black shine and Burgundy shine colours apart from the lone Matt Moss Green. The Black Cat will become the second matt colour in the palette (and fourth overall).

Moreover, UM showcased a new variant of Renegade Sport S called as Vegas at the 2018 Auto Expo which carried some cosmetic differences. It had an all-black theme (with red stripes) and an all LED headlamp. It sported the same 279cc liquid cooled engine of the Sport S. 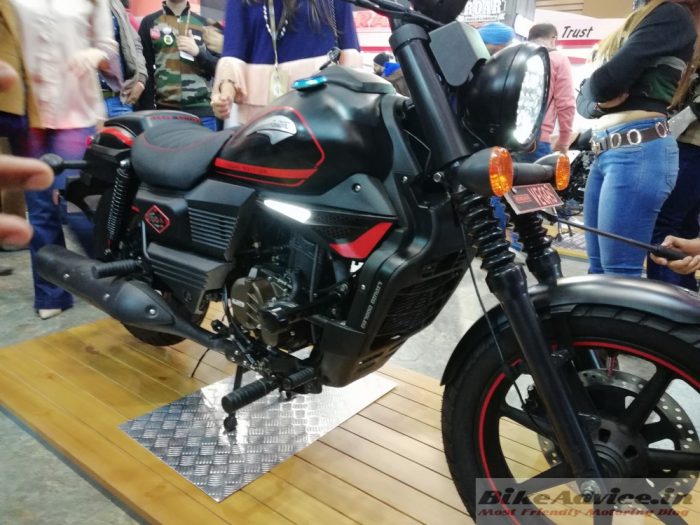 According to Indian Autos Blog, both these models ie the Black Cat and Vegas will be launched in September and will also reach dealerships around the same time.

Apart from this, UM has also raised the price of Commando by a significant amount.

As compared to the last officially known price, Commando has seen a big price increment of Rs 8500 within 12-15 months. On the other hand, Sports S efi has seen a minor price drop of Rs 1000-1500 during the same period.

Moreover, UM has announced Thor – world’s first geared e-cruiser with reverse gear and two of their ADVs were allegedly caught in India.