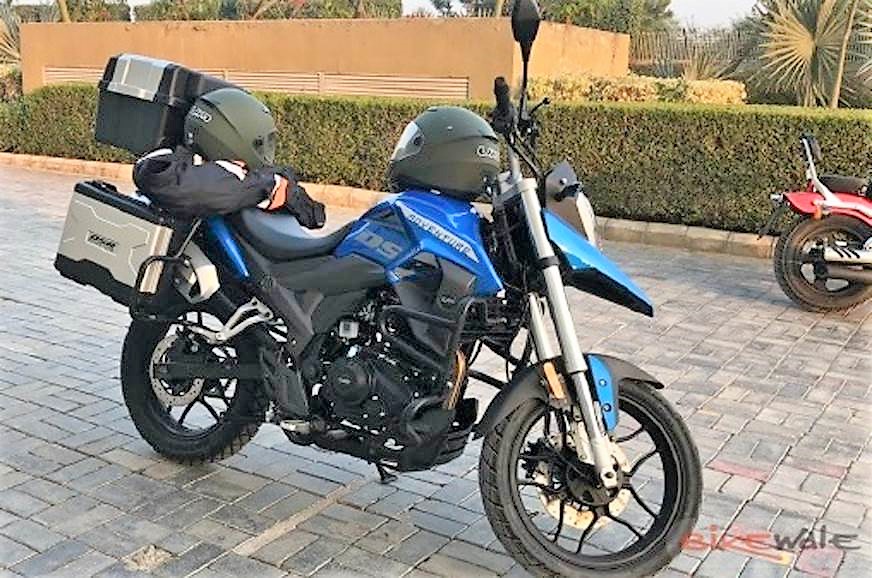 So, as it transpires, the mysterious presence of the Romet ADV 125 Pro has probably been busted! They eventually turn out to be a new motorcycle which will be called as DSR Adventure 200. And it is UM Motorcycles which is bringing it here, according to the details leaked at Bikewale.

Now, what connection does Polish manufacturer Romet and UM have is not known at this point of time. If there is an agreement between the two makers that allows usage of the platform or if Romet wants to enter India through such a medium or if UM has just, out of nowhere, thought of copying Romet’s design – it could be anything. It must be remembered that UM was caught with a blatant copy of Duke recently.

According to the leaked presentation slides, DSR Adventure will be powered by a 2-valve, 196cc single cylinder engine capable of producing 16 bhp of peak power at 8500 rpm and 16 Nm of max torque at 6500 rpm – which works with a 6-speed gearbox.

It gets single disc brakes on each wheel along with a single-channel ABS system. It has a very approachable seat height of 780 mm and a 14 liters fuel tank. It rides on 17 inch tyres and has a dry weight of 148 kg.

Yes, apart from the specs, even the price of the brand new ADV has been revealed. At this price UM could have added a little more juice from that motor. Remember, Xpulse 200 – its direct rival has been promised to cost under 1 Lakh.

Now that even the price has been decided, it is just a matter of few days/weeks, before India gets this small capacity ADV. We expect it to be revealed to the public in sometime in January.

So, how do you find this as a prospect do let us know…