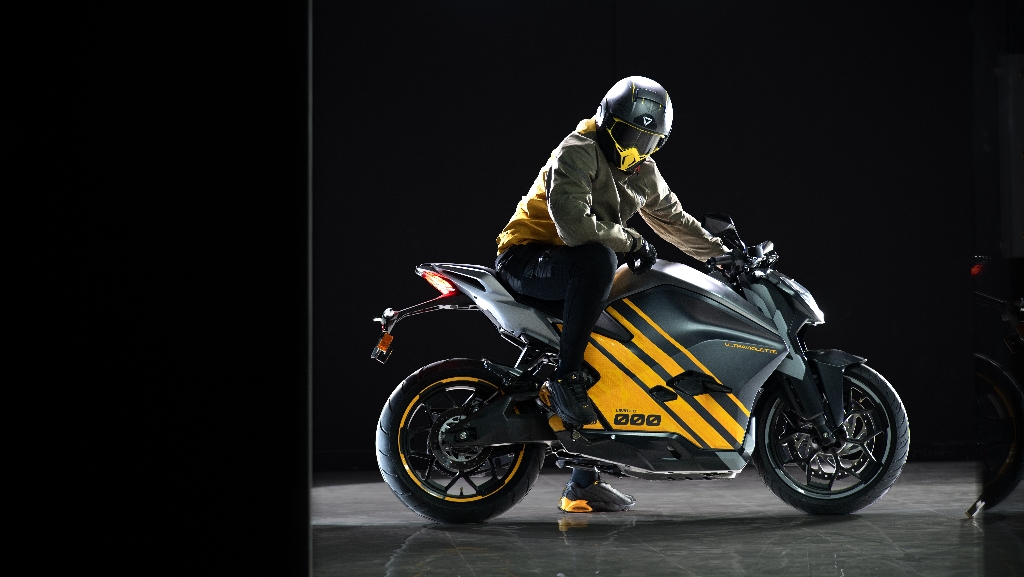 Ultraviolette F77 price, variants and all details in this quick story. We discuss the electric motorcycle which comes with many firsts in India…

So, after showcasing it many years back, electric vehicle start-up Ultraviolette has finally and officially launched the much talked about F77 in the Indian market. Ultraviolette F77 is India’s most modern, most powerful and the only performance-oriented electric motorcycle. It opens up an all new chapter of high-performance electric 2-wheelers in the country. Let us quickly summarize the motorcycle in five pointers…

Local start-up Ultraviolette claims that the F77 is made in India – for various countries of the world. Even the battery pack is indegeniously made. As a completely new entrant, the product and the fit and finish looks brilliant.

The F77 produces 29 KW (38.9 hp) motor that has a torque output of 95 Nm. The proprietary battery pack offers an IDC (Indian Driving Conditions) range of 307 km that is the highest for any electric 2-wheeler in India. Performance and design is what sets the F77 apart from others and there is nothing like it in the market at the moment.

F77 is claimed to achieve a top speed of 147 kph along with a 0 to 100 kph acceleration figure of 8.0 seconds. Ultraviolette is providing standard charging of 35 km range per hour.

The F77 is offered in two variants and here are the prices..

There is a special edition also available for which only 77 units will be produced. It produces a higher 40.5 hp of power and 100 Nm of torque and costs Rs 5.50 Lac. It comes with Boost charger as standard (optional for other variants) which bumps up the charging speed to 75 km range per hour. As a result of higher output, the F77 Limited can do a slightly higher claimed top speed of 152 kph and a 0-100 kph acceleration in 7.8 seconds.

Commercial production of the F77 has commenced at the company’s facility near Bangalore. The first Experience center will also come up in Bangalore soon and the roll out of the motorcycle will start in January 2023 which is when we expect to see customers getting their deliveries.

Not only that Ultraviolette has international ambitions and plans to introduce this model in certain identified countries in the coming two years.

We haven’t ridden or even seen the bike in person but it definitely looks a very brave effort from a new brand. This shall open up a new segment of performance electric 2-wheelers in the market. But for this segment to evolve into any tangible size, there needs to be more recognized players. And may be, the initial pricing could have been better…!