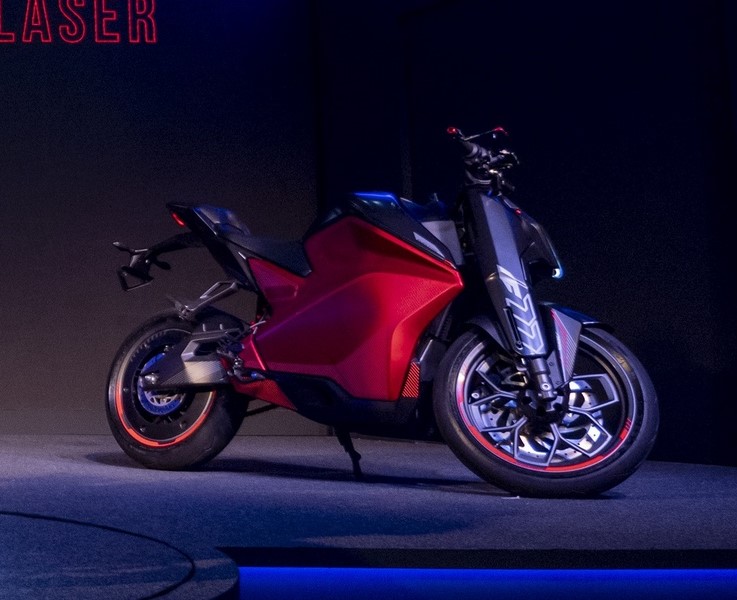 F77 electric bike range – 150 km and it comes in three variants. We discuss its specs and delivery timelines…

In this growing list of electric two-wheelers another name gets added today but this time it is very interesting because the maker claims that this is India’s first high performance electric motorcycle. Meet F77 by Ultraviolette Automotive which has been under development for the last many years.

It is equipped with 3 battery packs which have a maximum capacity of 4.2 kWh. Despite such a performance, the motorcycle has a range of 130-150 km. The battery has a charge time of only 1.5 hour through a fast charger. Through standard charger, the motorcycle gets fully charged in 5 hours.

Mounted on a Steel Trellis frame, F77 electric bike comes with upside down front forks and 110/70 and 150/60 front and rear tyres respectively – both 17 inchers. Dual channel ABS is standard on the motorcycle which is shod with 320 mm disc at the front and 230 mm rotor at the rear.

F77 is offered in three variants – Lightning, Shadow and Laser and prices range from Rs 3.0 Lakh to 3.25 Lakh on road. Online registrations are now open but deliveries will commence only from the third quarter of 2020. Do note that the first market to get the F77 will be Bangalore with national roll-out planned for next year.

Emflux Reveals What is Taking Them So Long to Launch ‘ONE’?