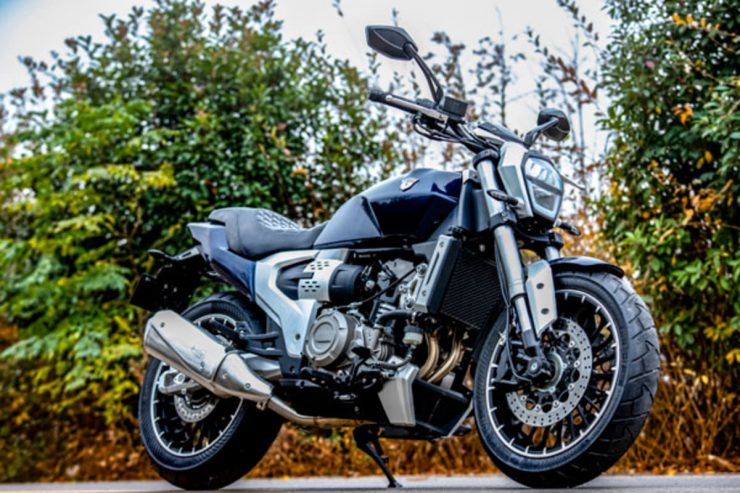 TVS Zeppelin copy comes from China and it is named as JSX 500i. It is manufactured by Xianglong and it is near-500cc motorcycle…

When it comes to impersonating automotive designs, Chinese manufacturers are always two steps ahead of others. The Sino manufacturer Xianglong has launched a cruiser bike JSX500i which is a direct copy of the TVS Zeppelin.

Zeppelin is actually a cruiser motorcycle that was unveiled by TVS as a concept in 2018. It seems that Xianglong has lifted off the complete design and framework of Zeppelin in designing their JSX500i.

Starting from the headlamp, fuel tank, seat, side panels, engine cowl, and even the radiator grille has been efficiently copied by Xianglong.

The only visible difference between the design of TVS Zeppelin and Xianglong JSX500i is their wheel frame. While the original TVS Zeppelin concept deploys spoke design wheels, the Chinese variant of the same bike has alloy wheels.

The JSX500i has a 471cc water-cooled engine that is paired along with a 6-speed gear box. The engine can produce 44.87 PS of power and with 41Nm of max torque.

On the Other hand, the TVS Zeppelin concept offered a hybrid powertrain designed over the TVS’ patented Integrated Starter Generator or ISG based 1200 watt motor. The hybrid setup also comprised a 200-220cc IC engine.

While its copycat has already arrived, we have no information on the release of the TVS Zeppelin which the Chennai based maker has registered as Zepplin R in India.