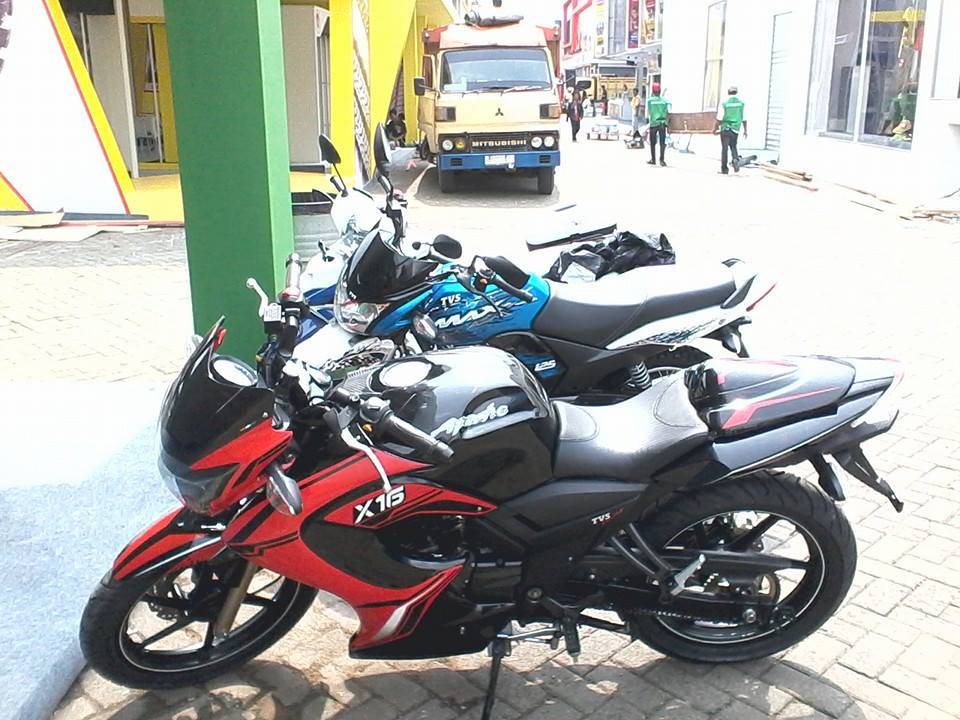 TVS Motors sells its Apache RTR 160 and the RTR 180 in Indonesia under its subsidiary PT TVS Motor Company. They have been dormant for quite some time but at the Jakarta Show the company took the chance and showcased both Draken and Graphite concepts to the Indonesian public. 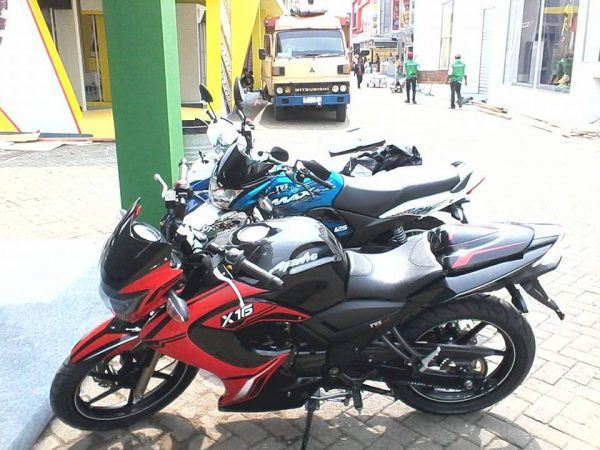 But what, apart from that, has caught the attention is this peculiar motorcycle with the branding ‘X16’ somewhere on the chest (pic: TMCBlog.com).

The image, as you can see, shows a red and black coloured motorcycle with a stark resemblance with TVS Apache. We can not call it as faired since it is not! It gets a bikini fairing along with large fairing-like extensions which are disconnected from the fairing.

The fuel tank appears to be larger than any of the RTRs, the pillion seat is completely covered by a cowl. It has a similar headlamp unit; the tachometer (most probably analogue) can also be seen. The front fairing seems to have drawn inspiration from the Bajaj Pulsars. Other than that the bike seems to be pretty much similar to the RTRs with the same shorter wheelbase.

While this just might be a new motorcycle which TVS may be preparing, there also lies the possibility of this ‘X16’ being an after-market modification done by some Apache owner in Indonesia.

TVS is preparing the 250cc version of Apache which is scheduled for a launch next year but we believe, it will be an all-new motorcycle based on the naked Draken concept.

The company is also developing a 300cc and another 500cc motorcycle in collaboration with BMW which will start launching from next year as well (more details).