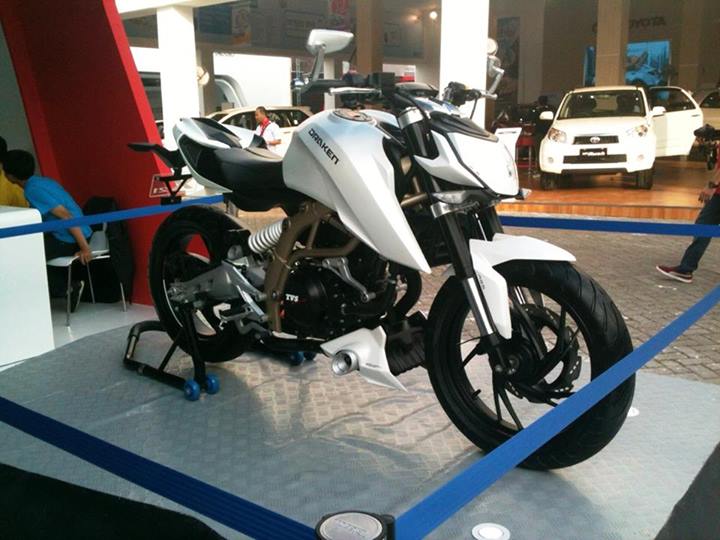 Chennai based TVS Motors had earlier surprised lakhs of its fans at the Auto Expo 2014 with the snow white TVS Draken –X21 concept. 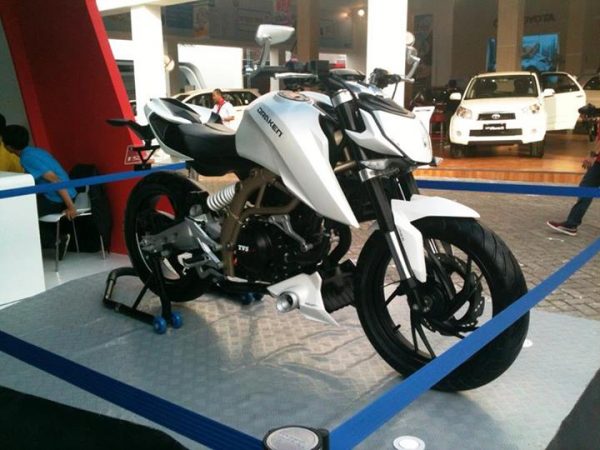 A 250cc single cylinder, short-stroke liquid cooled RACE inspired engine with asymmetrical bikini fairing were the major attractions of the bike. According to TVS, Draken is a thorough-bred naked bike with aggression & attitude!

After its Indian showcase, TVS has taken the Draken to Indonesia and the motorcycle was kept on display at PRJ Exhibition in Jakarta. In its official introduction, TVS has said that,

…and fresh design is all about thematic evolution, maintains a progressive link to the established Apache RTR design language.Emphasis is on the visual mass around the power train.

This talks about its connection with Apache and a possibility of this motorcycle being the next-gen Apache with the bigger much awaited 250cc engine. 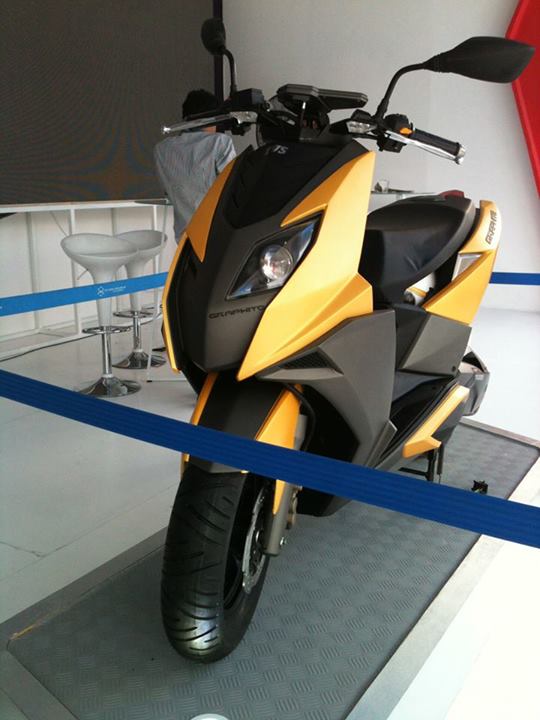 The all-digital instrumentation cluster seems very futuristic, complimenting the overall look of the bike. The bike also boasts of a reverse free flow high performance exhaust system. But it is unlikely that the production variant will be as aggressive as the concept.

The Indonesian market has quite a few players in the quarter litre segment, like the Kawasaki Z250, Honda CBR 250R and the recently launched Yamaha YZF R25, and when launched, this single cylinder will have to slug it out big time to make any significant mark. 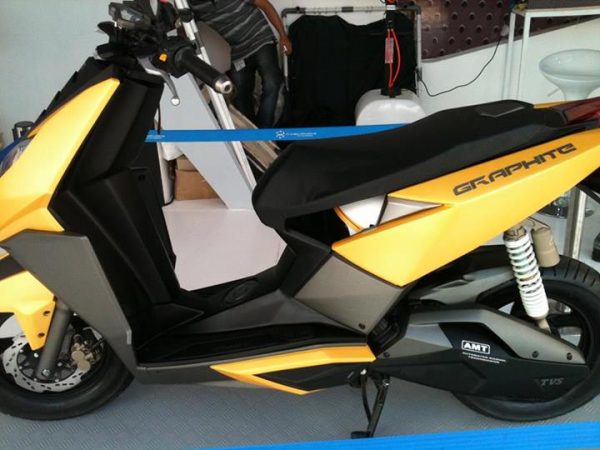 Also kept on display in Indonesia was the Graphite scooter which was another concept TVS had also showcased at Indian Auto Expo.

TVS has not talked about taking the Draken to production officially yet but we expect it to hit dealerships by next year and going by this development, we understand, both these next-gen products will also be shared with Indonesia.