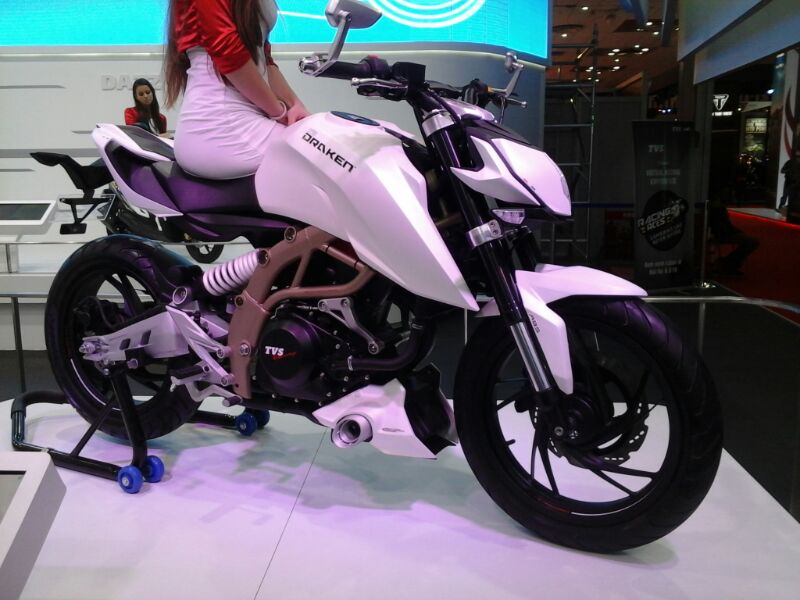 TVS has been teasing us with the idea of a new Apache for a long time now. The Apache 180ABS was introduced way back in 2011, and since then there has been no real update to the Apache line-up. 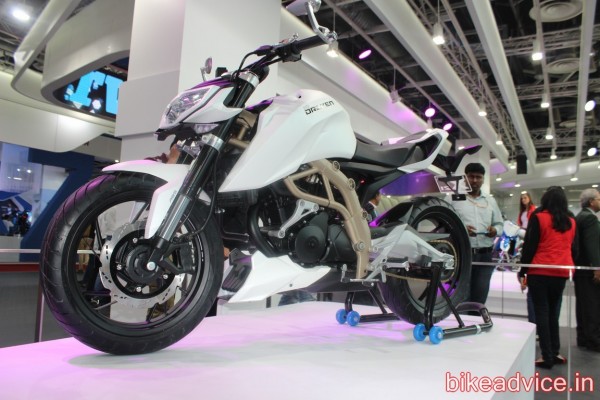 We have been desperately waiting for some concrete news on the new Apache but all that we keep garnering are more rumours, for TVS has surprisingly become very secretive about its future plans. When last year TVS announced its collaboration with BMW, we were pretty certain that at the Auto Expo, the company would showcase a new Apache which would also be their best ever.

The company didn’t! However what they showcased at the Expo was the new naked Draken concept.

Now another rumour has come up at Zigwheels.com that TVS is planning to release an all-new Apache and surprisingly it could be a quarter litre! A 250cc Apache could very well cheer up the discerning TVS fans. 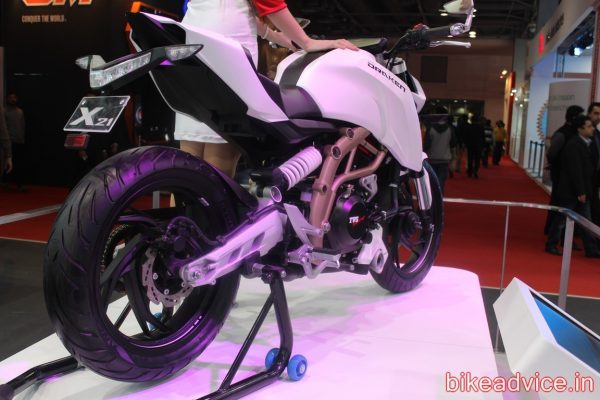 There are claims that the new Apache will entirely be developed by the engineers from TVS and would have no contribution from BMW (now this is really hard to believe).

That brings us to the Draken Concept featured on this page. It had all the ingredients of a fantastic looker, it was feature packed and a powerful 250cc engine would seal the deal for us and for thousands of others, we are sure. There has to be some relation, otherwise TVS would not have taken the pains to develop a model; not just to showcase it at the Auto Expo and do nothing with it! And the Draken had a 250cc mill!

Things are really sketchy at this point of time, but this time TVS has to deliver else they might end up losing a battle which is getting fiercer by the day! Launch, Zigwheels says could be next year.