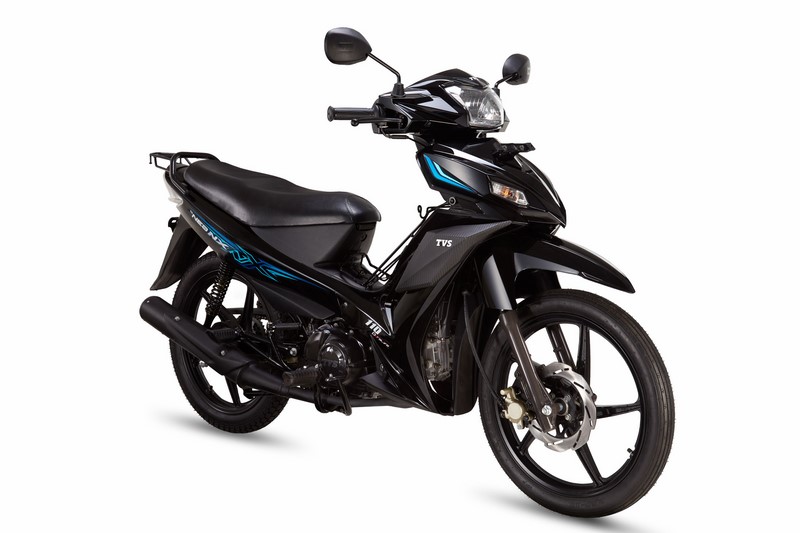 In order to expand their businesses, Indian manufacturers are venturing out to various different countries of the world. This also helps them reduce the impact of a slowdown in one particular market or area. Chennai based TVS, which sells its products in a lot of countries worldwide, has launched a bebek called as Neo NX in Mali, Africa.

Bebeks are essentially step-throughs which could be called as more evolved versions of scooters and are very popular in many countries in Asia and Africa. Neo NX gets many features like USB mobile charging port for long distance riding, front and rear carriers for utility and carrying stuff, motorcycle-like 17 inch tyres coupled with longer travel suspension etc.

Neo NX gets powered by a 110 cc engine which can produce 8.5 bhp of peak power and 8.5 Nm of max torque. It is paired with a semi-automatic, 4-speed gearbox.

TVS also informs that Neo NX weighs just 101.5 kg which means youngsters can ride and handle it easily. It is also offered with disc brakes and flashy colour themes with graphics. Neo NX is manufactured in Jakarta and is specially engineered for the African market.

Manufacturers have tried step-throughs like the Kinetic K4, Hero Honda Street, Bajaj M80 etc in India but none of them have been extensively successful and as a result, no maker sells them in the domestic market currently. But with the best of both worlds (bigger tyres and comfort of motorcycles and utility of scooters) should TVS and other companies give step-throughs another try in this evolving Indian market?