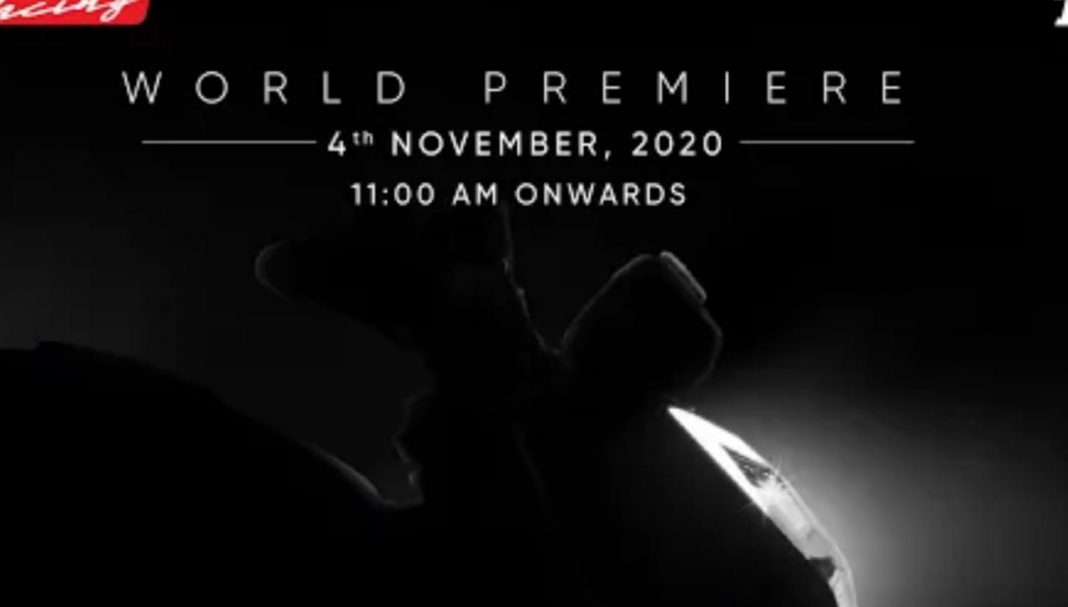 TVS has shared an invite of a virtual event that is scheduled for tomorrow. It is calling it a ‘World Premiere’ of a ‘new’ offering from its premium brand. Let us try and understand the possibilities…

If we break it up – it also used the word ‘World Premiere’ while sharing the invite in its last month’s event (which was the 40 Lac sales milestone); ‘new offering’ hints at the possibility of this being a fresh model or variant of an existing motorcycle; ‘premium brand’ is Apache – that has been revealed.

Let us concentrate on the term ‘new offering‘. In the teaser image it is clear that it will not be an altogether a new motorcycle and instead, it will be a variant or a new model in the Apache Streetfighter range. Let’s explore the possibilities..

A simple possibility is that it could be another variant of either the Apache 200 4V or the Apache 1604V after the single channel ABS version of the 200 was introduced to counter the Hornet 180 recently.

Chances of it being the streetfighter 310 are almost nil! So do not get your hopes very high!

But then the next possibility that I am going to talk about is extremely interesting. Could this be the unveil of a new Apache 125? With the insane price increments, the 150cc segment has broadened, leaving a lot of space for not one, but multiple 125s.

This is what Bajaj explored with Pulsar 125 and it has been pretty successful with it. TVS has also not been able to lay strong foot in the 125cc segment so far. With the very popular Apache brand making an entry in this space, people are bound to take note and it could be a segment-changing step – an Apache 125 4V at around the Rs 75,000-Rs 80,000 levels!

The event starts tomorrow at around 11 am!