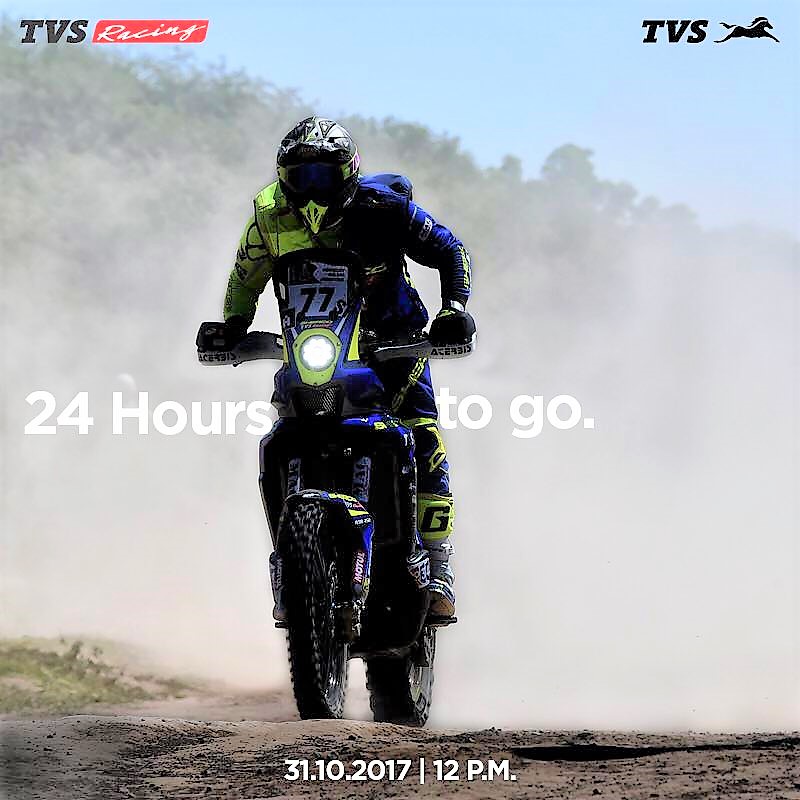 Keep expectations low, does not appear to be Apache 310 launch!

TVS has a lot of aces up its sleeve, specially with the upcoming products that they are working on. However, the big issue is that they have not been able to keep up with announced timelines – in fact, they have been way off target with regards to them. Just to quote an example – they let media test ride their Apache 200 FI variant back in January 2016, tagged with an official announcement that all Apache 200s would be out by March (the same year). However, we are almost nearing two (T-W-O) years and they are still absolutely clueless about its domestic launch.

Nonetheless, TVS’ Racing department has an interesting teaser on its social media channels which says that the company has a BIG announcement to make tomorrow (31st October) at 12 noon. The teasers (also pictured on this page) have an off-road rally bike being ridden by a team rider and they say they will webcast the announcement live.

Its NOT Apache 310 Launch

Quite naturally its fans are optimistic and are expecting a new motorcycle’s launch (none other than Apache 310) but let us assure you it is something else because – first, according to what we know Apache 310 is still few months away from introduction (yes, still 🙂 ), and second, the teaser would have come at TVS Apache’s social handles. Currently, Apache’s social channels have shared posts which originated from TVS Racing’s profiles.

The last time such a hype was built by the company, it turned out to be an informative blog so kill your thought if it says it is a product launch. To us, it appears to be some kind of an announcement of TVS Racing team’s entry into some competition or something more interesting, but related. 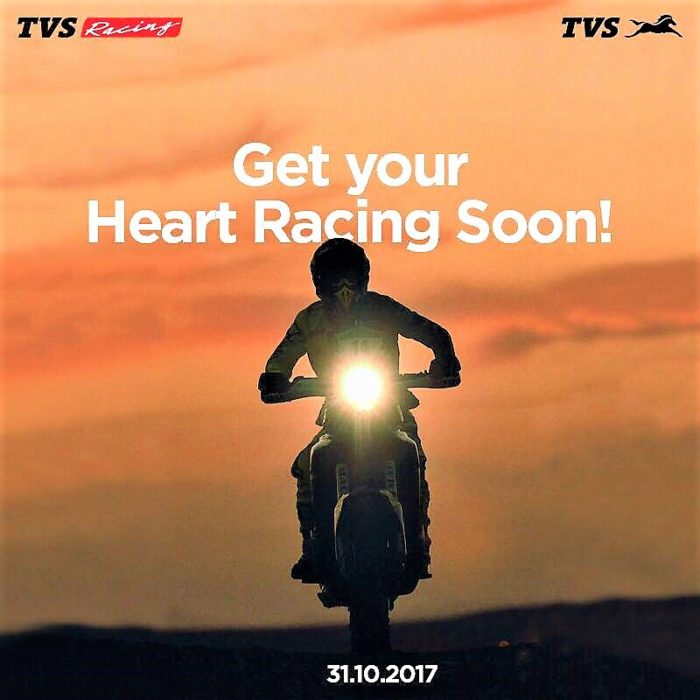 Let us wait till tomorrow to understand what is TVS upto…