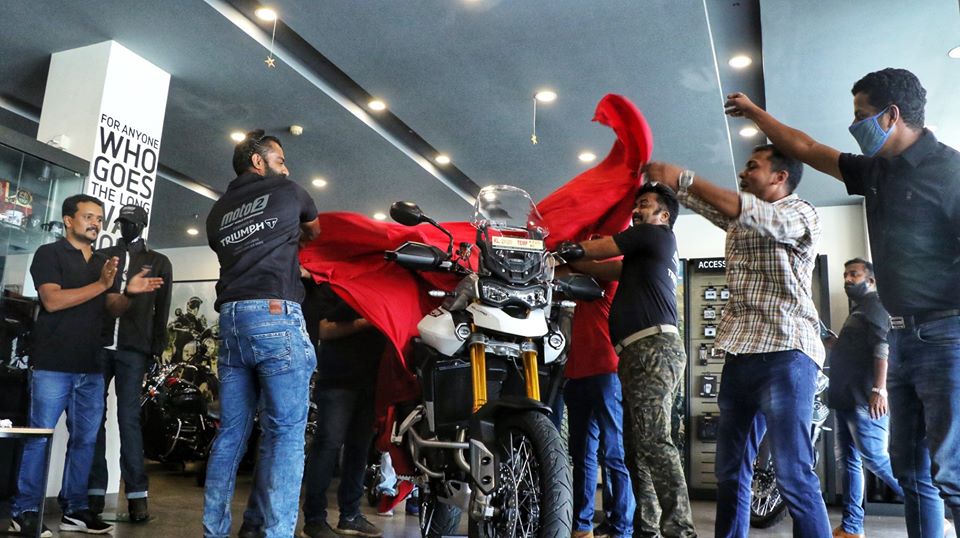 The UK based motorcycle manufacturer – Triumph recently launched its new motorcycle, Triumph Tiger 900 in India (read more about it here). The motorcycle, which was introduced in three variants namely GT, Rally, and Rally Pro, is priced at ₹13.7 lakh, ₹14.35 lakh, and ₹15.5 lakh, respectively for different variants.

The company was quick to dispatch brand new Tigers to showrooms shortly after its launch. In a latest update, Triumph has also commenced deliveries of the new ADV. It has shared on its social channels that the first bike has been delivered to its customer- Femin, in Kerala. Triumph  further said that Femin, who is a Biomedical Engineer, has owned multiple Triumph motorcycles in the past, as well.