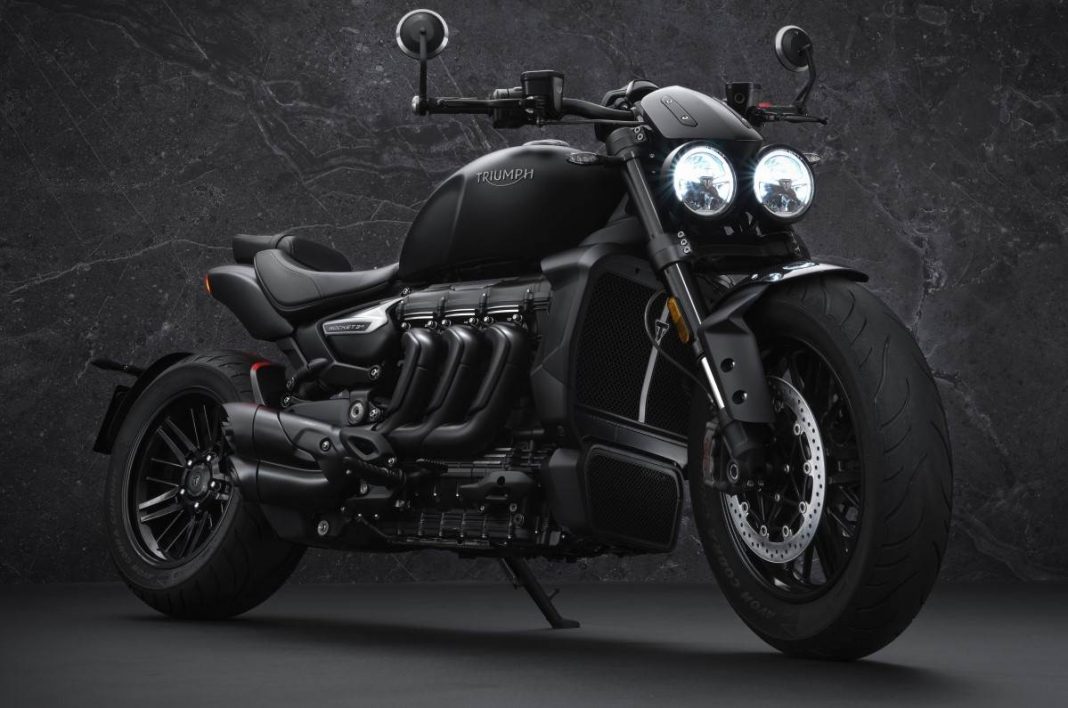 Only thousand units of the limited edition Triumph Rocket Black variants will be produced the world over. Some may come to India as well…

Triumph has unveiled two special editions of its muscle roadster Rocket – 3R Black and 3GT Black. As their names suggest, both the models adorn blackened color themes. While the 3R is almost all black, the 3GT Triple comes in a three-shade paint.

These are limited edition models and only 1000 units will be manufactured for the world. Some of them are expected to come to India as well. Each special motorcycle will come with a certificate of authenticity with its specific VIN number.

Apart from the cosmetic differences that make these limited edition models special, there are no mechanical changes to either of them. Both of them share the 2500cc largest production engine which churns 221 Nm of earth shattering torque at only 4000 rpm and a peak power of 167 PS at 6000 rpm.

Prices have not been disclosed by Triumph yet but expect a fair bit of premium over the standard models for the exclusivity they bring to the table.