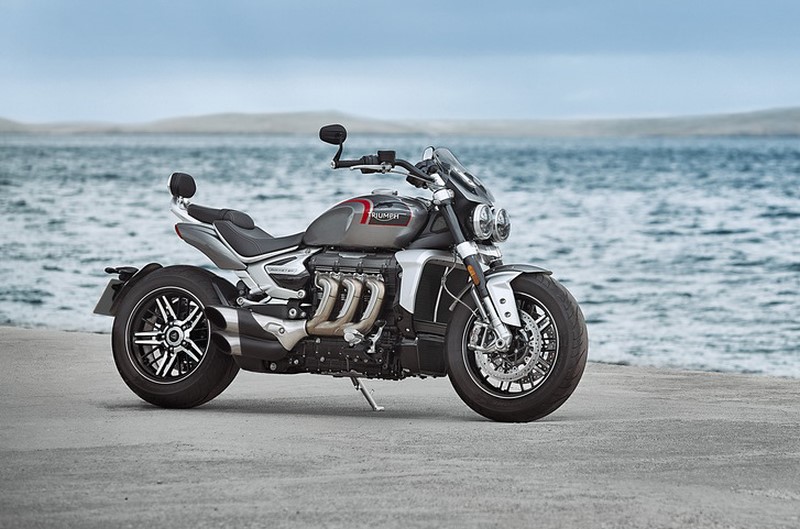 Triumph Rocket 3 GT price is Rs 40,000 more than its sibling variant Rocket 3 R. It churns insane amount of torque from its massive engine…

Triumph has officially launched the new Rocket 3 GT in India and with this, it has become the only premium maker to offer as many as 13 Bharat Stage 6 compliant motorcycles in the portfolio.

The Rocket comes with a massive 2458cc, inline, 3-cylinder, water-cooled, DOHC engine. If you missed it – it gets a 2-4-5-8 cc motor which is the world’s largest production engine on a motorcycle.

It produces an earth shattering 221 Nm of torque at 4000 rpm which is again the highest number in any commercial production motorcycle. Triumph claims that it is a staggering 71 percent higher than its closest competitor! As for power, it churns 167 PS at 6000 rpm which is 11 percent more than its older model.

With such a massive engine, the Rocket 3 GT weighs 294 kilos which is a major reduction of 40 kg over its predecessor. In fact, the engine alone is 18 kilos lighter than before. It gets features like torque assist hydraulic clutch, six-speed helical-cut gearbox, ride by wire, twin LED headlamp, etc.

It has a very accessible seat height of just 750 mm. It can be changed from a dual seater to a single seater through an infill pad which is an optional accessory. Further, you can also change three horizontal feet rest positions based on your comfort. The pillion can also enjoy the height adjustable backrest.

At this price, it is Rs 40,000 costlier than the Rocket 3 R that Triumph launched last year in India.

There are two colors on offer – Silver Ice and Storm Grey with a Korosi Red pinstripe decal and Phantom Black. Triumph claims a fuel economy of 6.82 liters per 100 km which is around 14.66 km per liter. Bookings have commenced at all Triumph showrooms in India.