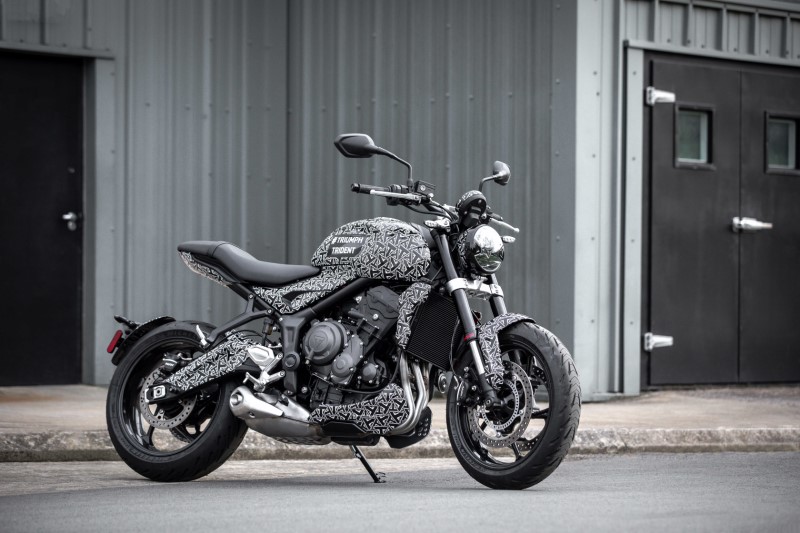 Are you a Triumph Trident Owner?? Then you should better check if your bike is parked upright or not.

The Trident model offered by Triumph is their most affordable model of their line-up. Asking the price of Rs. 7.45 Lakh (ex-showroom), it has garnered a lot of love among the Indian fans of Triumph brand and have made its home in many of their households.

However, addressing these Trident owners, Triumph have issued a recall of certain Trident models over the use of faulty side-stand which tends to bend in short periods of usage. The affected Tridents were manufactured between 7th of February, 2021 and 15th of May, 2021.

According to the recall document issued by USA’s National Highway Traffic Safety Administration, the side-stand which has been fitted to the Trident model is constructed from raw material of incorrect specification which could cause the side-stand to bend and/or break with time and use. This could lead to the bike to lean further over its balancing angle that could lead the bike to tip-over and receive damage.

In the recall document, the supplier of the faulty side-stand has been named – Fujin Corporation Pvt Ltd – which is based out of Faridabad, Haryana. The document further states that, in the USA, there are 314 potential Trident models which could be fitted with the faulty side-stand.

However, it is expected, because of its popularity, there will be a significant number of Trident models in India which will also be fitted with the faulty-stand. It is advised to Trident owners to reach out to their respective Triumph dealerships and service centres to enquire about the recall.

The service centre will swap to the correct specification side-stand free-of-cost to their customers.