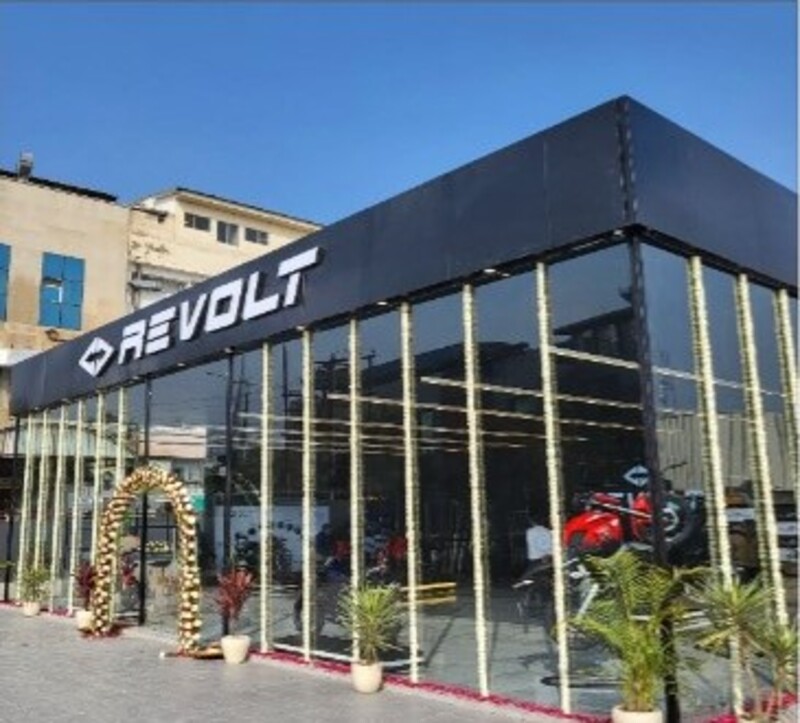 Total Revolt dealerships in India are targeted to reach over 44 new locations this year. Latest one in Noida is the second in UP…

Revolt Motors, the next-gen EV mobility company, have expanded their presence in India with the inauguration of their 21st dealership at Noida, Uttar Pradesh.

The Noida dealership is their second location in the state of Uttar Pradesh, after the recent establishment at the capital city of Lucknow. On the occasion of inauguration of their 21st dealership, Revolt have shared their aim of opening more than 44 new store locations this year across India.

Revolt Motors, which is backed by RattanIndia, is aiming to take advantage of Uttar Pradesh Government’s policies to encourage faster adoption of EVs in the state.

The state is offering 100% Vehicle registration fees and road tax exemption for two-wheeler EVs. Furthermore, exemptions and incentives are being provided on land for the first 1,000 EV charging stations.

The company has also aligned their objectives with Noida’s ‘Green Noida Clean Noida’ initiative. They are working to contribute in this initiative and are encouraging their customers to contribute by riding their motorcycles on the expressway in and around the city.

Currently, Revolt Motors is offering their RV400 electric motorcycle on their showroom floors.

RV400 features three riding modes – Eco, Normal and Sport. It is equipped with Upside Down (USD) forks up-front and a fully-adjustable mono shock at the rear.

Recently, Tork Motors have launched their Kratos and Kratos R to rival the Revolt RV400. Another threat is coming in the form of Ultraviolette F77 which is expected to launch in March, and claims better performance and range than the RV400.