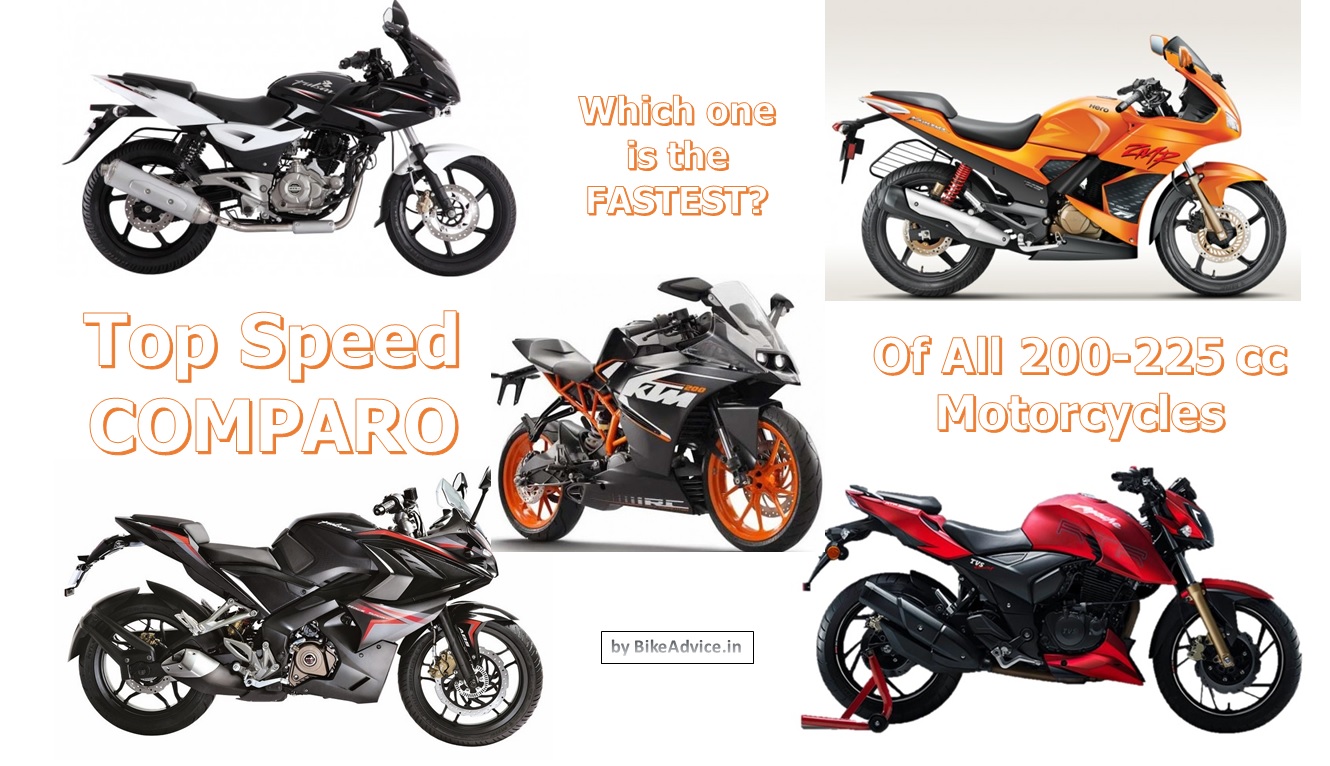 So if you are a top speed craving soul, 200 cc is the entry point in terms of performance motorcycles (strictly in Indian context). Ever since four strokers became mainstream, this segment saw Hero and Bajaj fight for supremacy. Karizma, one of the best motorcycles of its era, was displaced by Bajaj when they introduced the Pulsar 220 DTSi in 2009. And that marked two absolutely different perspectives from both the manufacturers – Hero almost completely neglected the segment and Bajaj paid special emphasis with their new-age Pulsars and the end result is in front of everybody.

But now, with TVS joining the race with the new Apache 200s and Hero also showing its renewed intent with the Xtreme 200S, going will not be easy for Bajaj in terms of dominance in sales. But that will be decided in due course of time. For now, let us compare the top speeds of motorcycles in this segment. 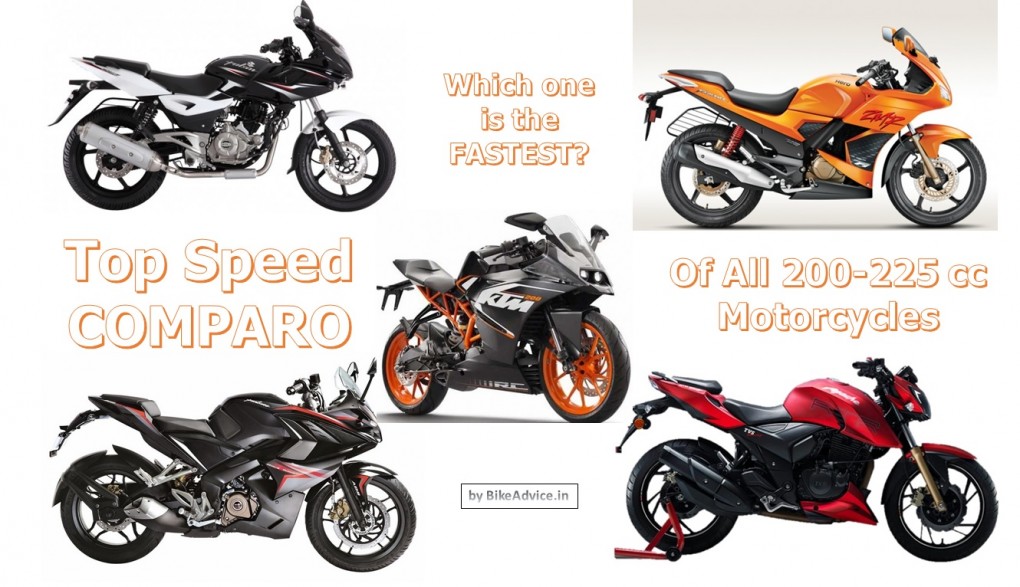 *We do not have a written proof of KTM’s claims so posted here are widely regarded figures. Rest of them are absolutely spot on and are company announced top speed figures for respective motorcycles. We have not included cruisers like Avenger in this list.

This brings us to an interesting point – Bajaj has started promoting their new flagship RS200 as the “fastest Pulsar yet” which, in essence, opposes their own claimed figure of Pulsar 220. 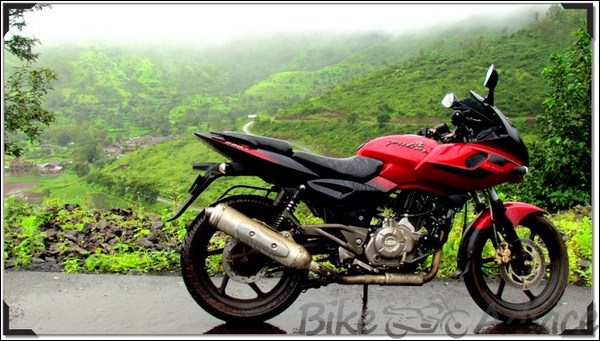 If you have any motorcycle related queries, just #AskBikeAdvice