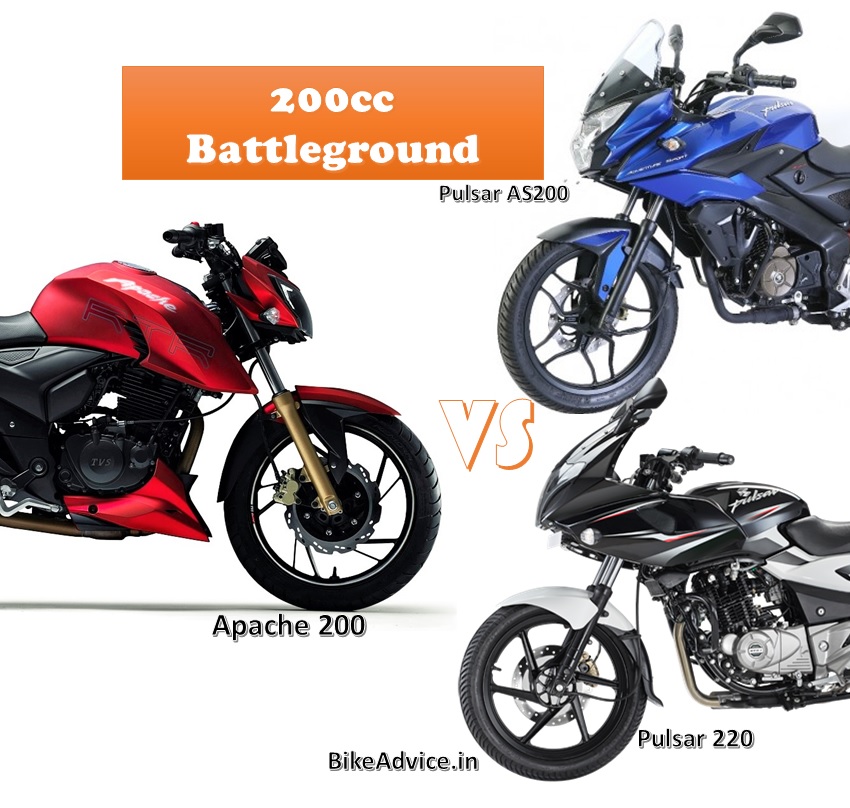 Yes, the wait is finally over. The Apache RTR 200 is finally here and what a glorious form it has taken up. The brand Apache has been the centre of affordable performance motorcycling in the country ever since it was first introduced in 2006. In the last decade the Indian motorcycle market has changed a lot. While it shows some signs of maturity, the majority still runs after figures.

Each manufacturer tries to outdo the other with a bigger number But that’s not how TVS works. With the Apache 200 the engineers at TVS have tried to give much more useable power to enjoy in the lower and mid-range. Yes, even in the press conference the management was eager to point out how the motorcycles in the segment spend 80 per cent of the time in cities. That’s why the Apache 200 does not get stellar output figures.

However, an outright comparison is bound to take place between all the 200s and the near 200s thanks to a similar price tag. A real world test will follow later but for now we will leave you with an on-paper comparo to give you an idea of how things stack up as of now against the Pulsar AS200 and the older Pulsar 220. 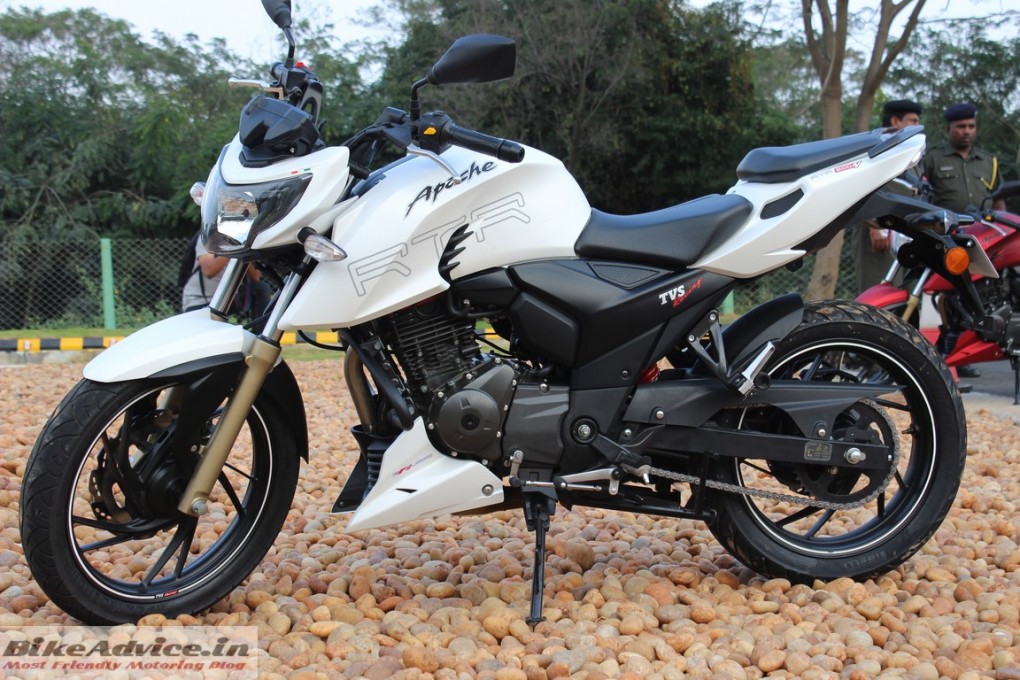 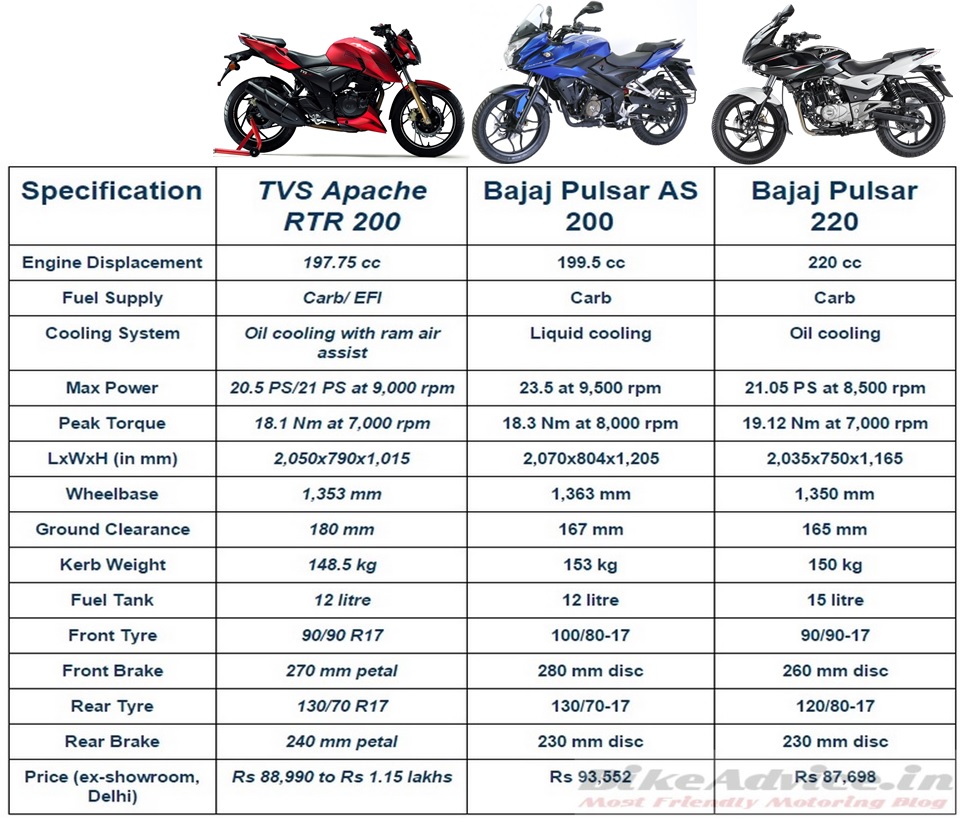 So, which showroom will you head to..?