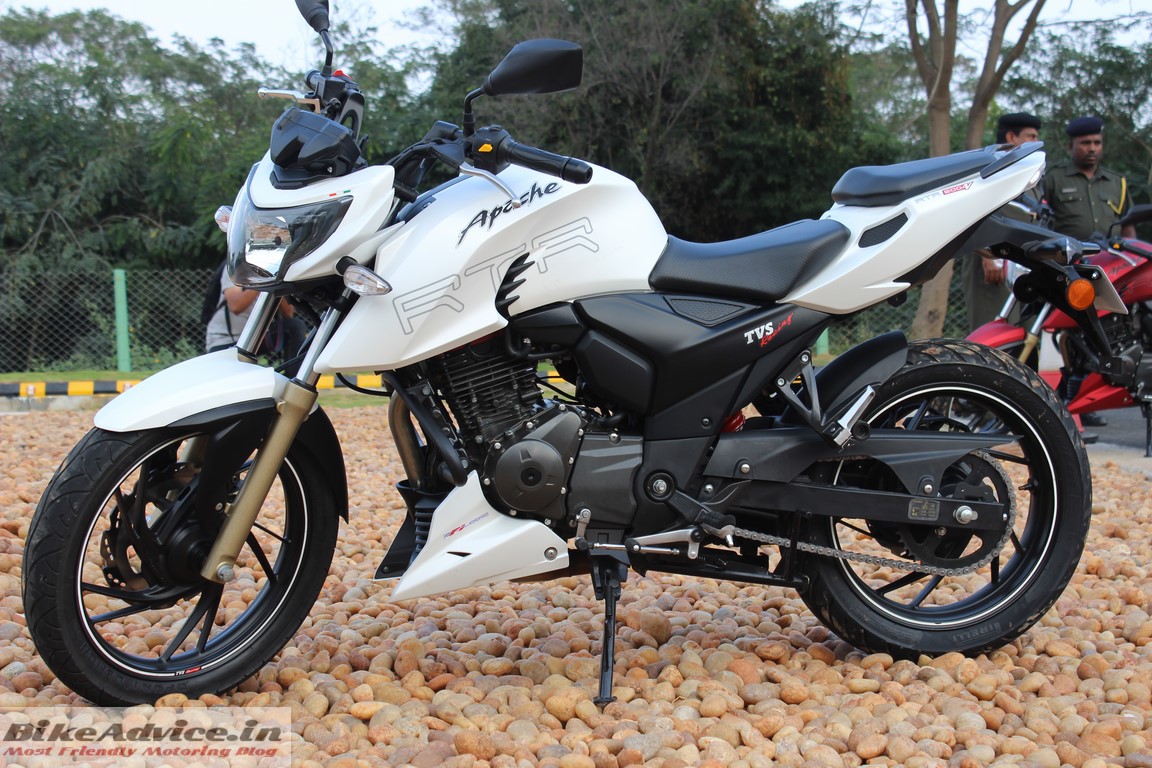 TVS has upped the ante in the 200 cc segment which is currently ruled by rival Bajaj with 2 motorcycles and their 3 variants (Pulsar AS200, Pulsar RS200 ABS & Non-ABS). With the introduction of Apache 200 in the same arena, things will definitely get interesting.

The motorcycle has been launched, we have ridden the product but for some reason TVS has not revealed all the details of the motorcycle – which means the exact number of variants and their respective prices are NOT officially announced. In fact all they have shared are the following details..

So, here is the list of 6 variants Apache 200 will come with…

This is the expected Apache 200 variant list from the info shared by the company officials.

Club this with the six colour options TVS has plans to make available in all the above variants. So, if a dealership has to house all the trims, they will have to count one bouquet as 36 motorcycles (6 variants x 6 colours for each).

Nonetheless, when we asked the company more about it, they said, at the moment they have plans to offer everything to the customer and based on the demand for particular variants and colours they will discontinue the ones which will not find interests.

Nobody from the media has ridden the Apache ABS till now but TVS has plans to offer all of these variants, across the nation (in a phased manner) by April 2016!