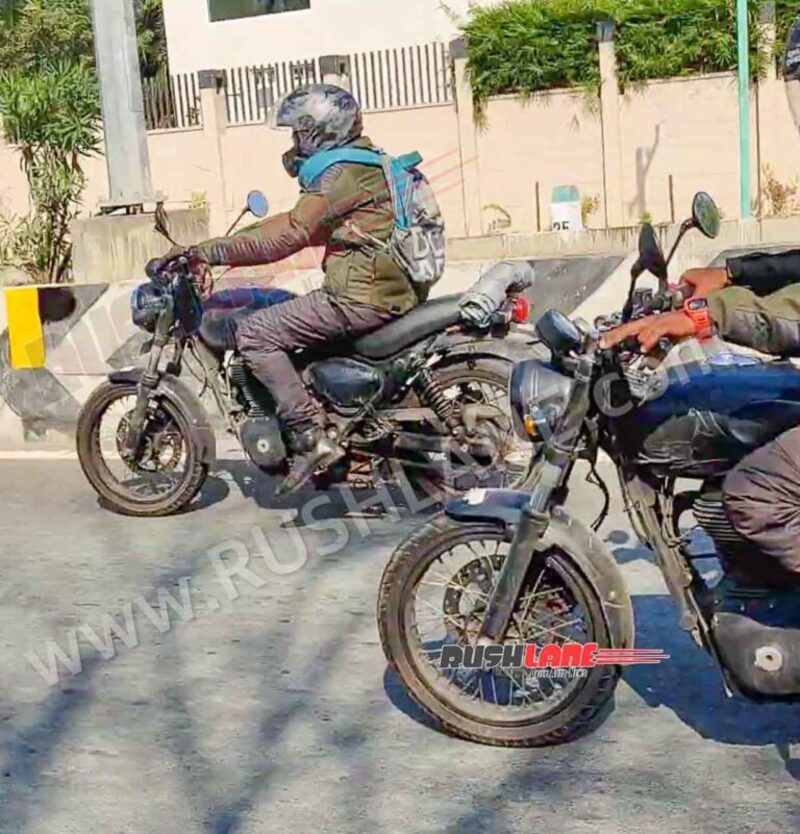 So, a new set of images have surfaced showing that not one, but two test-bikes of the upcoming Royal Enfield Hunter 350 being tested on road together.

After the recent launch of Himalayan Scram 411, It appears that Royal Enfield have moved focus on to their next launch. RE have a slew of bikes which are being tested on Indian as well as international soil.

In the past few weeks, the upcoming Hunter 350 has become the most prominent model to have been captured testing at various instances. The most recent one is where it was caught testing alongside its new and upcoming sibling, Super Meteor 650.

This time the Hunter 350 has made another appearance, not alone, but in pairs. An online portal has shared images of two upcoming RE roadsters being tested on our roads side-by-side. Though they are heavily camouflaged, we can make out that the Hunter 350 is absolutely ready to be launched.

Comparing these images with the ones captured from earlier, there is only one difference that we can see on these bikes. These test-bikes are using rectangular turn-indicators at the front and the rear, instead of round ones seen on the previous test-bikes.

Also read: Yamaha R15S to Get More Colors; May Get More Mainstream

Other than this, the bikes look pretty much similar to previous test-bikes spotted at various instances. Visually, these bike carries the retro elements such as round headlight and tail-light, round rear-view mirrors, tear-drop shaped fuel-tank and spoked wheels.

Feature wise, on these bikes we can see round instrumentation pods along with a small Tripper Navigation pod which could be offered as an optional accessory on this bike upon launch. Maintaining its retro-roadster vibe, we are not expecting much offerings on this bike when it comes to the latest tech.