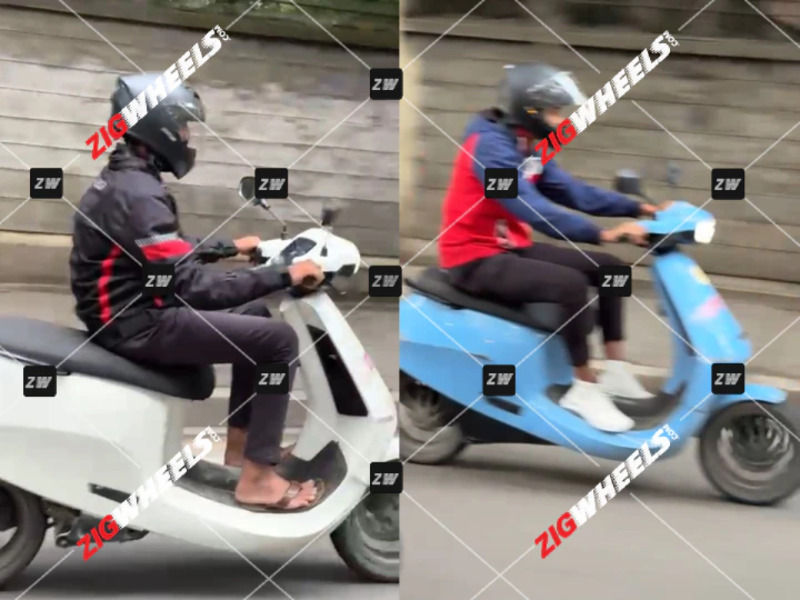 Ola S1 Pro exhaust sounds along with features like Moods, Hill-hold, Proximity Unlock and more will be announced on October 22…

A pair of Ola S1 Pro electric scooters have been spotted on test on the roads of Bengaluru. Yet, the unique aspect of these existing models is the ‘sound’ these test-scooters emanated while running on our roads.

So, Ola Electric have previously announced that they will be rolling out the next major OS update for their Ola scooters and it will be called – MoveOS 3. It is slated to be launched alongside some new accessories and a new S1 electric scooter which will be more affordable and will rival the Honda Activa.

These test-scooters being run on the Bengaluru roads were making a unique sci-fi-esque artificial whizzing sound very reminiscent of UFOs from Hollywood movies. This means that the new MoveOS 3 will be bringing to these scooters a feature that will allow them to make an artificial sound while running. This could be something like how the Revolt RV400 electric bike comes with 4 artificial engine sounds.

In addition to these artificial sounds, Ola Electric’s CEO have confirmed through his tweets that the upcoming MoveOS 3.0 update would get features like hill-hold, proximity-unlock, Moods, regenerative braking V2, Hypercharging, voice assist, calling and key sharing. Some of these features were promised to make their way in many previous OTA updates, yet, were delayed due to various reasons.

Many such promised features did make their way through the last MoveOS 2 update –  features like navigation, music playback, Eco mode, cruise control and a companion app.

Alongside the new OS update, the October 22 Diwali event of Ola Electric will be showcasing some new accessories for their offered electric scooters. However, the one announcement everyone is talking about is the new affordable S1 electric scooter Ola will be revealing.

Ola Electric aiming to challenge the popular ICE powered scooters like the Honda Activa 6G and TVS Jupiter through their #EndICEAge campaign. And under this, they are poised to launch a more affordable 3rd S1 electric scooter on October 22 priced around Rs. 70,000/- to Rs. 80,000/- (ex-showroom).