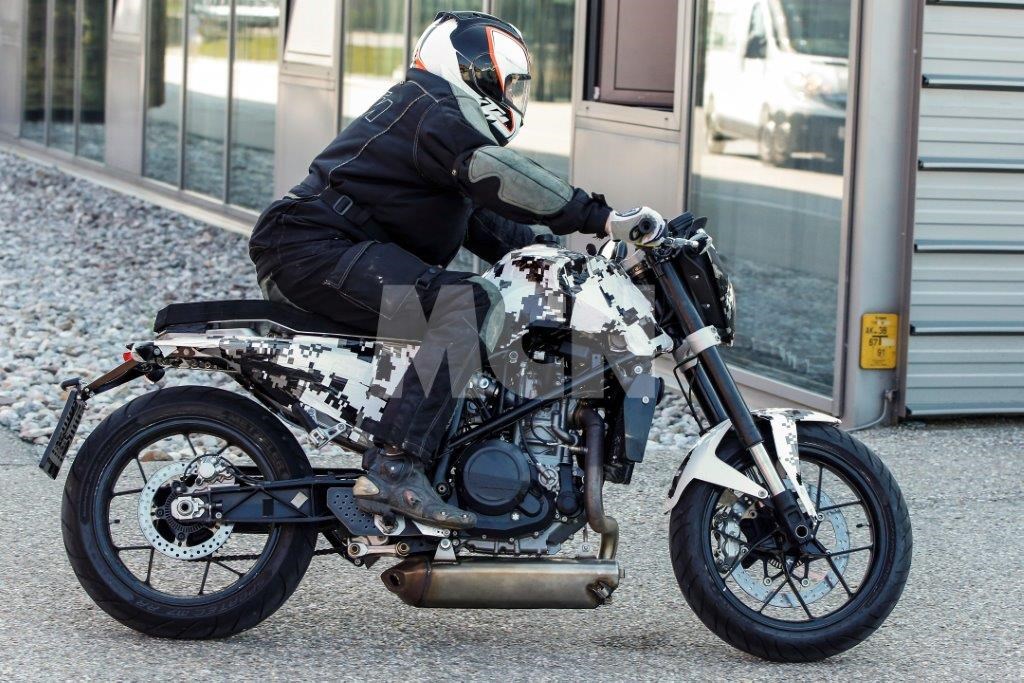 Looks like the KTM-Husqvarna pact is soon going to bear new fruits in the form a new café racer! Post the sad BMW partnership, Husqvarna folks decided to use all of KTM’s existing chassis and engines to develop products under their brand name. This not only would save them time, money and energy required to build products from scratch but will also help them build on the image already built by the platforms in its original form (on the KTMs).

Recently, the good Samaritans at Motorcyclenews.com have caught a test unit of a new café racer styled motorcycle with signature Husqvarna design cues. Even though the rider is seen in KTM livery, the underbelly small exhaust canister, and a few other bits strongly hint at this being a Husqvarna test mule. 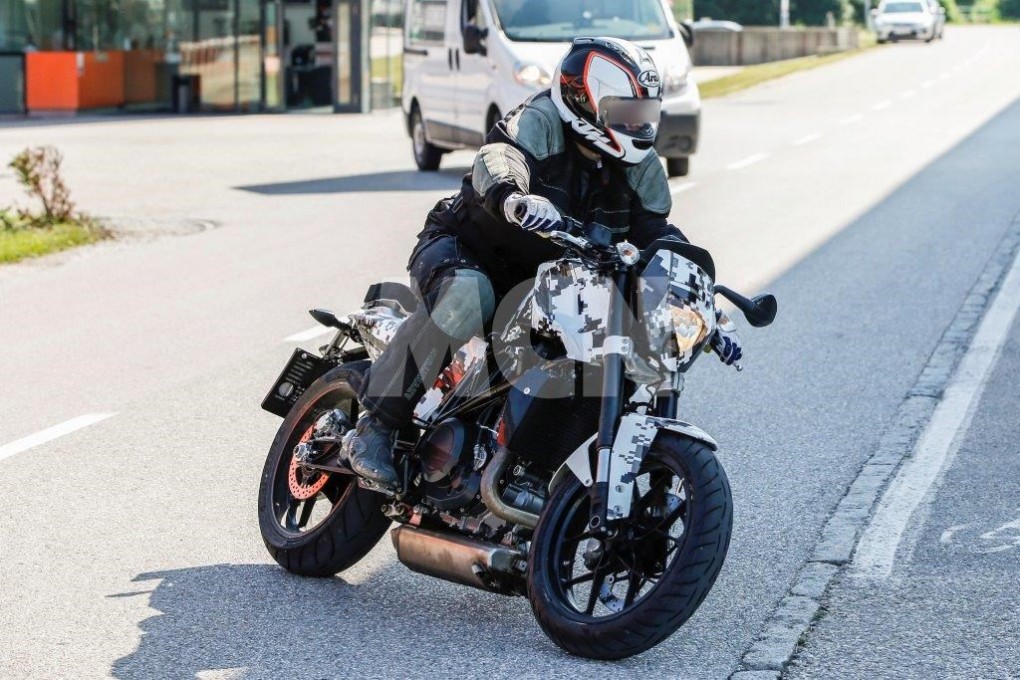 While they have been pretty vocal about many of their products, this time they seem to have taken a shroud of secrecy and have caught many with a surprise. Expected to be housing the single cylinder engine from the Duke 690, the test unit was seen near KTM’s research centre and factory at Mattighofen in Austria. 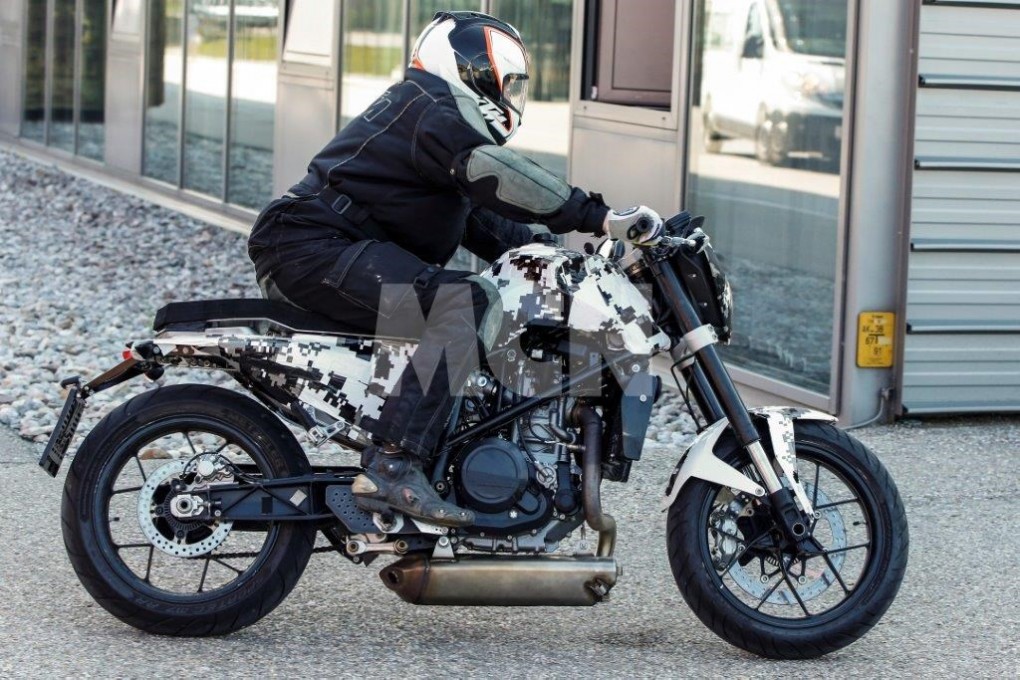 The single cylinder liquid cooled 690 cc engine produces 68 PS of maximum power on the Duke 690 whereas the more powerful R version produces 70 PS. We expect the upcoming Husqvarna café racer to churn out a similar output. 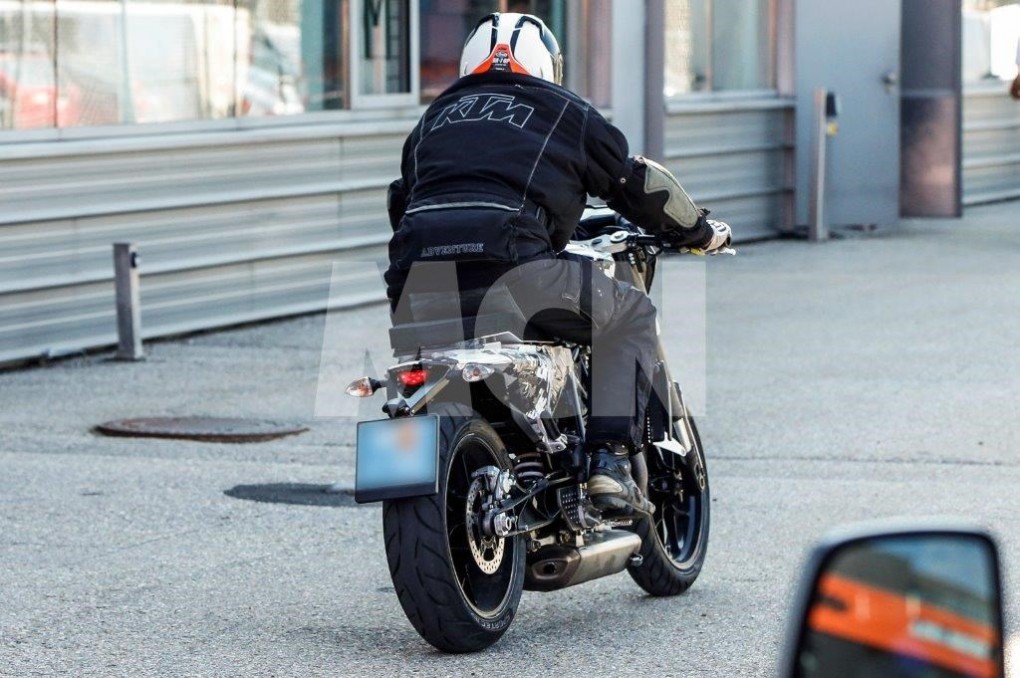 Talking about the design, this Husky cafe racer gets a small handlebar, hunched fuel tank, flat seats and a forward perched riding posture. We have already talked about Stefan Pierer’s intentions of bringing Husqvarna brand to India and here is what Rajiv Bajaj thinks about it…