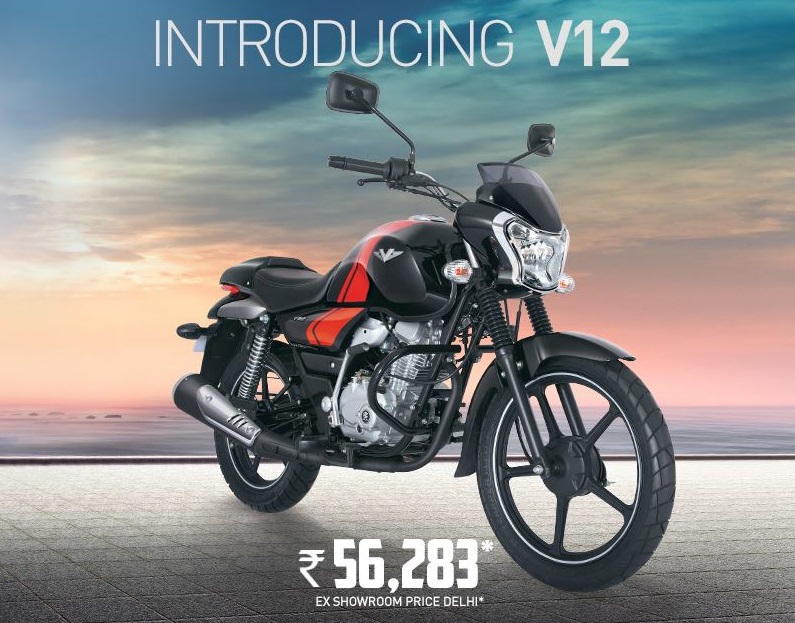 After announcing the motorcycle a few days back in Mumbai, Bajaj has silently launched the next motorcycle in the ‘V’ range, V12. V12 is the second motorcycle in the brand after the successful V15 which has sold two lakh units since its launch in February last year.

Bajaj did not reveal any details pertaining to its engine at the event but they have now updated the website with all the specs. V12 is powered by a 124.5 cc 2 valve engine which is capable of producing 10.7 PS of peak power at 7500 rpm and 11 Nm of maximum torque at 5500 rpm.

Though it is not officially confirmed but it may be the same 125 cc engine of the Discover 125 (the only Discover currently on sale – Discover 150F & S have been discontinued) which produces 11 PS of peak power and 10.8 Nm of maximum torque. In comparison V15 churns out 12 PS of power and 13 Nm of torque.

In the 100 cc segment, Bajaj has covered up with its launches of Platina and CT100 however, it is nowhere in the game in the 125 cc segment and the new V can provide the much needed leverage. In this space, Bajaj is averaging around 10,000 units per month as compared to over 70,000 motorcycles both Hero and Honda are currently selling. Dispatches of V12 to dealerships have commenced and the motorcycle is already on sale.