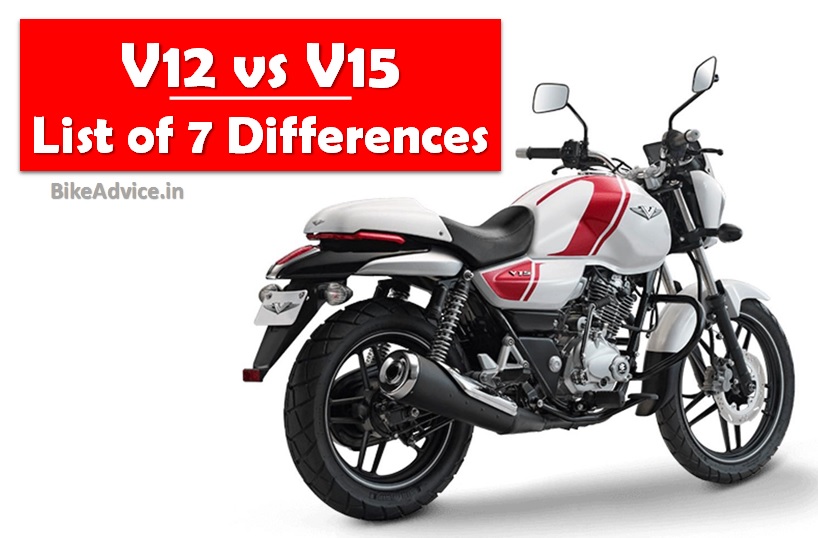 Bajaj’s new V brand, more than the patriotic feeling they are trying to imbibe, is selling because it is something dissimilar – it is a different take on the regular commuter motorcycles. As a result they have sold more than 2 lakh units of the 150 cc V15 so far. And to further expand its portfolio Bajaj has introduced the smaller 125 cc V12.

In terms of design, both the siblings look identical but they do carry some differences. If you are confused between these two siblings, here is a list of all the differences…

Apart from these, V12 uses more utilitarian alloy-wheels (see pic of V12) and there are minor cosmetic differences like bar-end weights on the V12 are black in colour, the decals are slightly different, front forks have a cover etc. 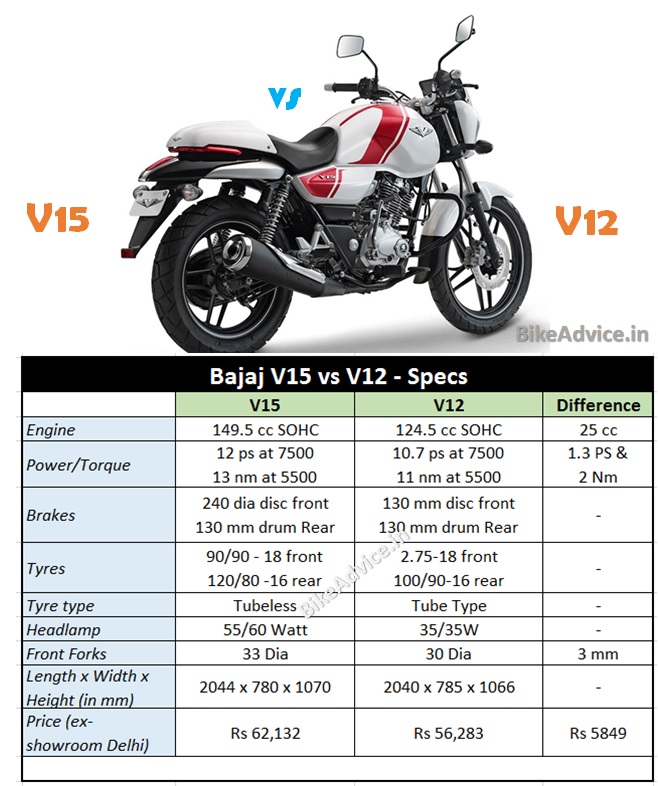 V12 is targeted for the cost conscious junta who would want to own something different and their preferences or requirements can do with a slightly lesser powerful motor. But tubeless tyres is a big omission as we believe!

Next Read: Bajaj to Launch New Pulsars & Avengers in the Coming Months…