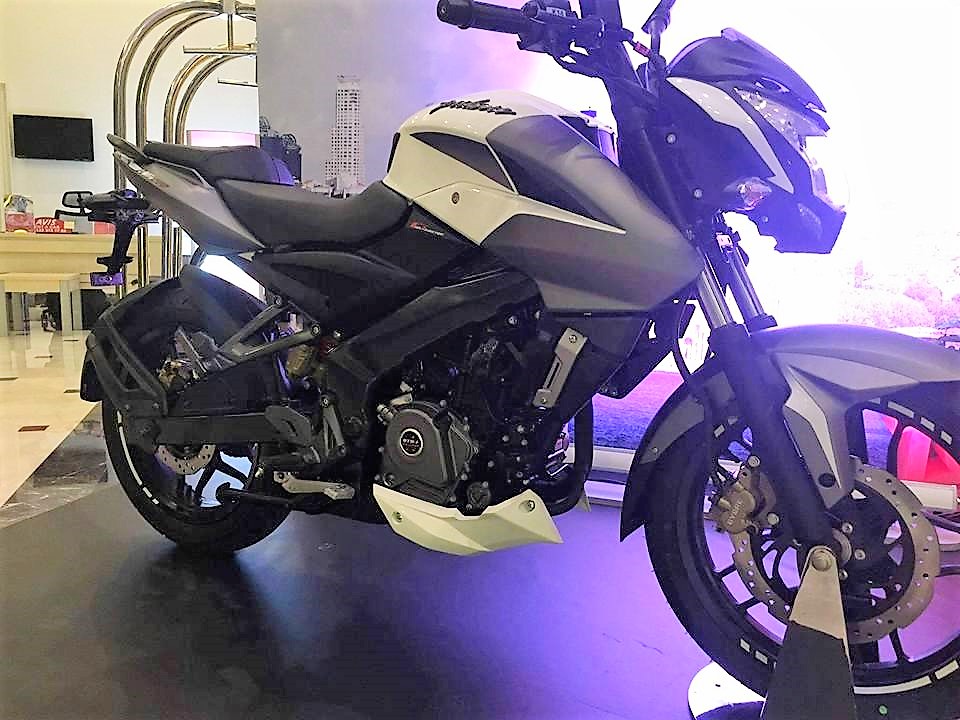 On the sidelines of the speculation that Bajaj will re-introduce the Pulsar NS200 in the Indian market, few surprise pics have surfaced which appear to be from a dealer-level event at some hotel in Turkey. In pictures is the new 2017 Pulsar NS200 which carries fresher colour theme and fuel injection (confirmed by that Fuel Injection badge under the tank & the specs sheet we have shared now). 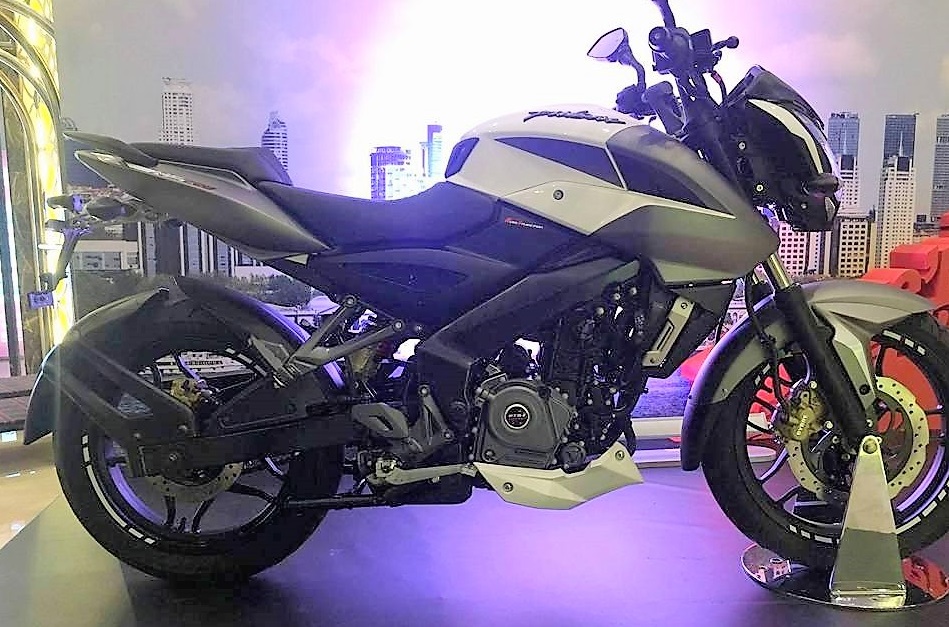 FI is not new since Bajaj has already been making the Pulsar NS200 FI for some international markets like Turkey etc for the last few months. The 2017 Pulsar NS200 gets a white-grey theme, fresher decals, an underbelly engine cowl, rim stripes etc as cosmetic changes. 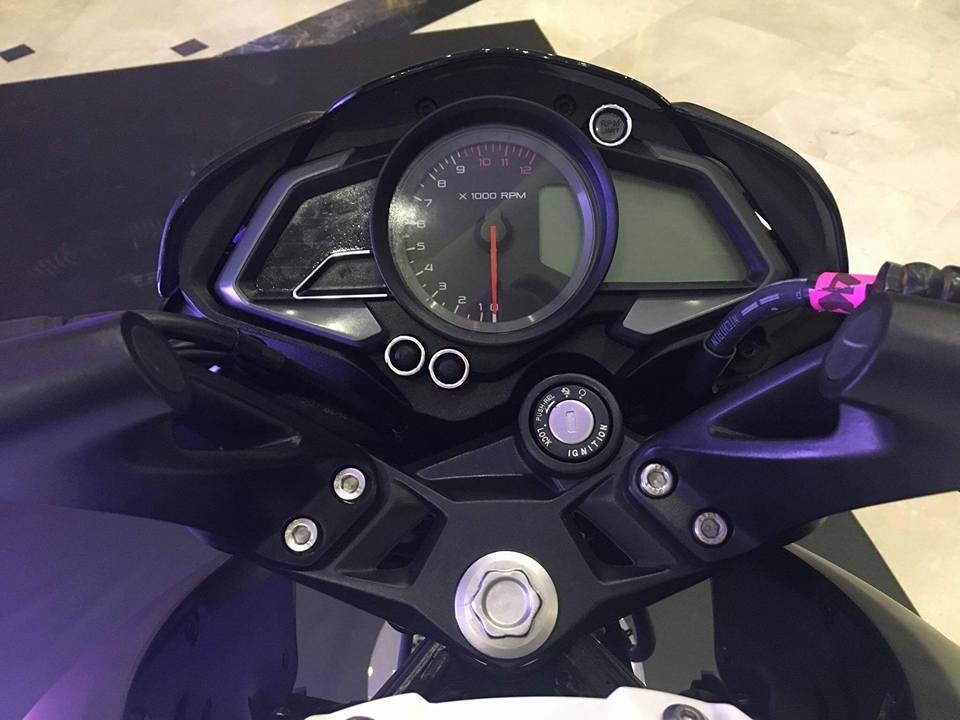 Mechanically, the 200 cc engine (for the FI variant) remains unchanged and continues to produce 24.5 PS and 18.3 Nm (yes the Fuel injected NS was slightly more powerful than the carbureted model). However, it is not confirmed if Bajaj will lend the India-spec model with fuel injection.

If the carburetor continues, the biggest change in the motor would be the BS4 compliance and we can expect minor tweaks for enhanced overall efficiency. Specs (as in power and torque figures) are not expected to be altered much. 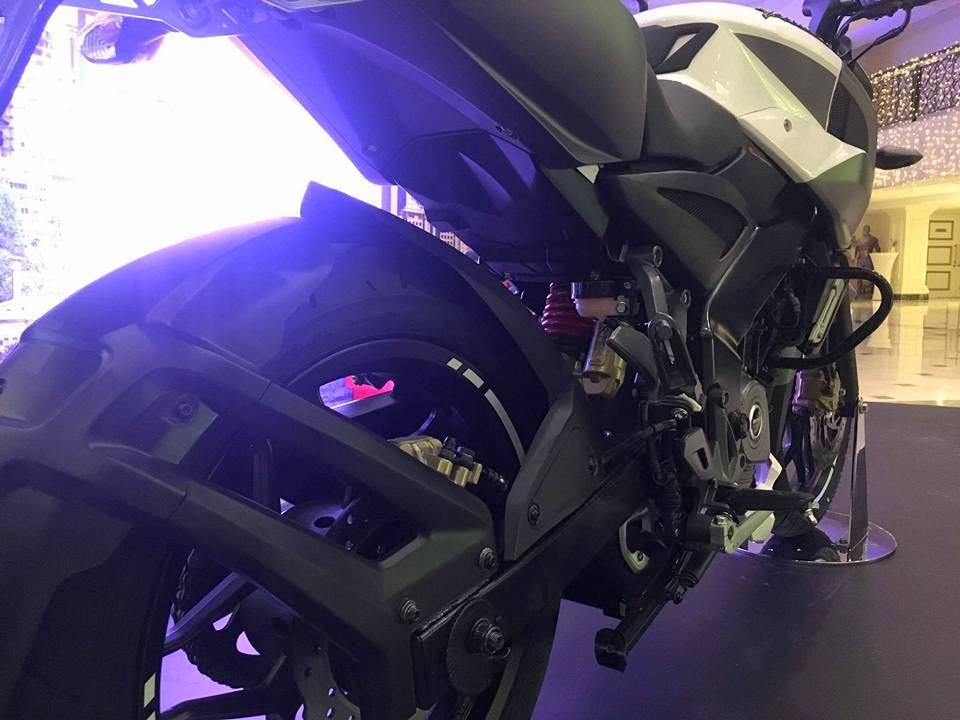 There is no ABS ring to be seen on this display model however, its spec sheet confirms that ABS will be on offer (a first time for Pulsar NS200). Even if the FI doesn’t come here, the India-spec model is highly expected to feature the single channel ABS (lifted from the Pulsar RS200), most probably as an optional higher variant.

Upon its launch (which is expected this month), what will happen to the Pulsar AS200 is not known at this moment (since the AS200 was launched at the same price of the discontinued NS200 in India). Since it is expected to gain BS4 compliance and ABS, expect prices to increase by Rs 3000-5000. It has become imperative for Bajaj to be on its toes in this segment with the arrival of the TVS Apache 200 (which we are testing currently) and the next in line Xtreme 200 from Hero. At the same event, the smaller Pulsar NS160 oil-cooled was also unveiled for the first time.