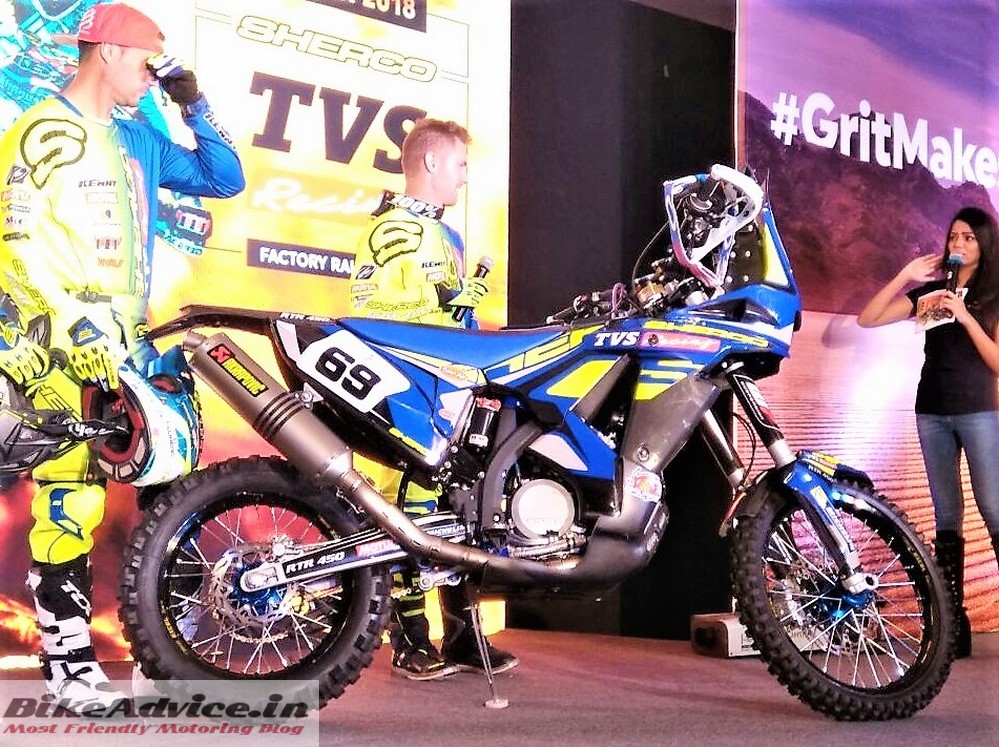 Sherco TVS Dakar 2018 team is ready… We share the details…

As teased earlier, at an event today, TVS has announced their Rally team riders who will participate in the toughest motorcycle rally of the world – Dakar 2018!

TVS-Sherco will go with a three-rider squad in its fourth Dakar rally, which includes..

Joan, with an experience of rallying 9 times at Dakar, will lead the team. It will be Adrien’s third Dakar rally and Aravind will race for the second time at the adventure rally.

In its 40th iteration, Dakar 2018 will be held from 6th to 20th January 2018 and will cover three countries – Lima (commencement), Peru, and Argentina (culmination) – and a total distance of 9000 gruesome kilometres.

TVS Sherco has participated in 4 international rally-raids this year (Baja Aragon, PanAfrica Rally, Merzouga Rally and 2017 OiLibya Rally of Morocco) with strong results in all of them and are aiming for a top 10 finish this time at Dakar 2018. They will be racing on their RTR 450 badged off-road motorcycles.

Vinay Harne, President of New Product Development at TVS, said that the partnership with Sherco and the rally racing experience has been rewarding for them. And TVS’ racing pedigree can be clearly seen on their Apaches which are known for their nimble handling. We expect the upcoming Apache 310 to take the traits a notch higher.