Suzuki’s Inazuma didn’t really set the tongues wagging in India, even with the bulwark of a charismatic Bollywood actor standing guard behind the brand! The auto giant from Hamamatsu seems to have taken a stride forward, and a new model is probably in the works. 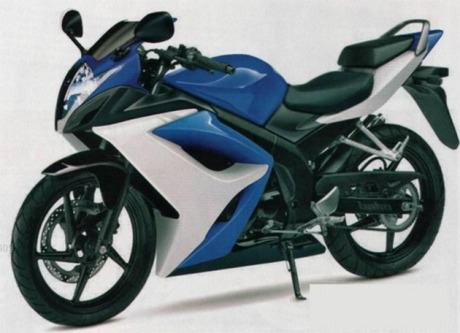 Young Machine, a well-known magazine in Japan, has come up with a rendering of what could be a small-capacity Gixxer, yes a G-I-X-X-E-R!. The screaming, tell-tale clue is the humongous headlamp, reminiscent of the GSX 1000R, which takes up a lion’s share of the front fairing space. Though other details are misty at best, we assume the skeleton of the bike would be a perimeter frame.

Suzuki is not a newbie to the 250 cc arena. In addition to a MotoGP 250cc bike, there were a couple of street-legal machines such as the GSX-R250 and the Suzuki Across. These bikes were really enthusiastic ones in their class, with a redline in excess of 13500 rpm, and churned out around 40 PS. However, they had a setback in terms of the heavier kerb weight as their frames were made of steel. We expect this one’s frame to be shaped out of aluminium to shed excess flab. 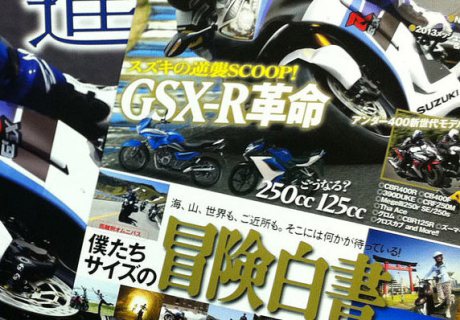 The rendering vindicates the effort that Suzuki’s designers might have put into this machine. In sync with the modern sportbike build, this bike is in a completely different league from the Inazuma. But be prepared to lose some comfort over the Inazuma, though! You have to stretch your arms and crouch over the tank to grab hold of the handlebars, and we do feel the suspension will be a lot stiffer than that of the Inazuma. You cannot run along with the hare while hunting along with the hound, can you?

The front disc peers at you from behind the front wheel, and a rear one should be there too. Front forks are telescopic, and rear suspension is a monoshock. Unfortunately, we don’t have any details about the engine and its cooling method, as of now. 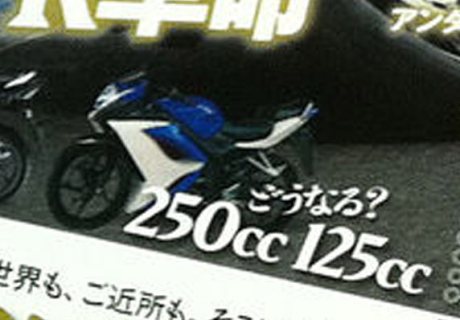 The small-capacity 250-300 cc segment is definitely a hot-and-happening arena right now. Honda’s Baby Ceeber hunted down the Ninja, only to have a mightier opponent in the form of Ninja 300. Whispers from Indonesian media, as well as a dark, sinister trailer about the undersides of Japan (June 11, Anyone ??) hint about the possible entry of a quarter-litre Yammie.

In this backdrop, how well will you get along with a quarter-litre bike from the makers of Hayabusa?