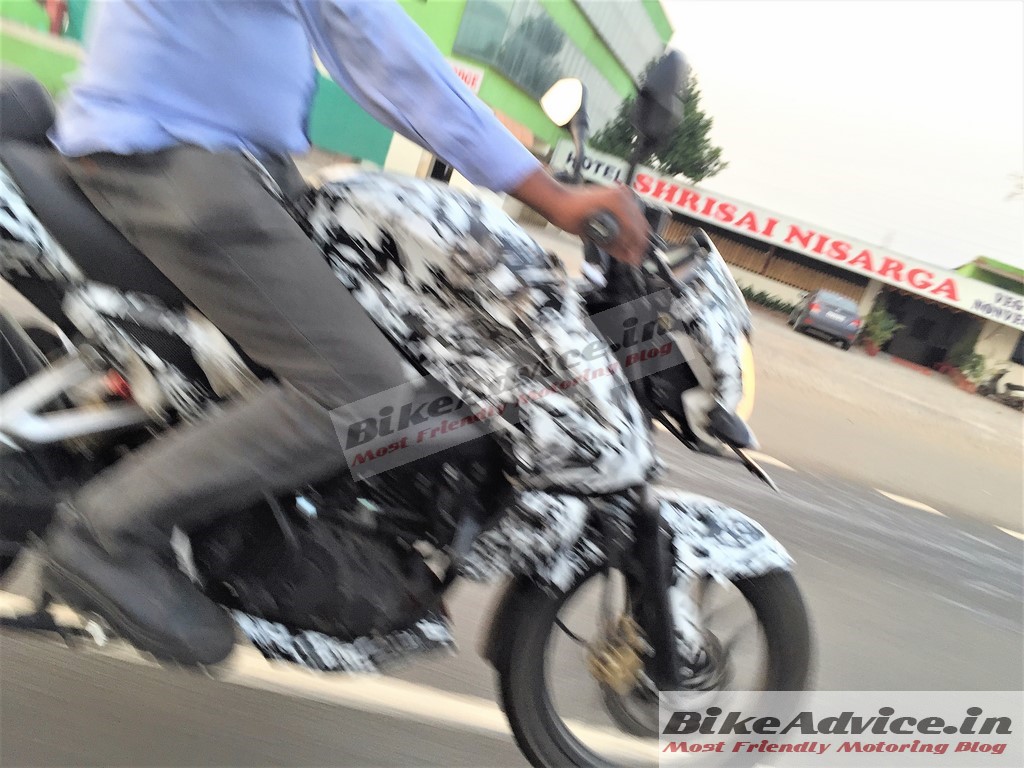 The day Pulsar NS160 was showcased, we were confident that this is the model which will take precedence over the smaller NS150, when Bajaj sits down to analyse the model for India. We have been saying this over and again and today we have the first proofs of being proved right….

One of our very ardent reader Rahul, who earlier shared the Adventure Boxer X150 spy pics, has spotted a camouflaged Pulsar NS on the old Mumbai-Pune highway. It is clearly a smaller-than-Pulsar-NS200 model with those skinnier tyres and smaller front disc brake. The next question is – which model is this – Pulsar NS150 or NS160? 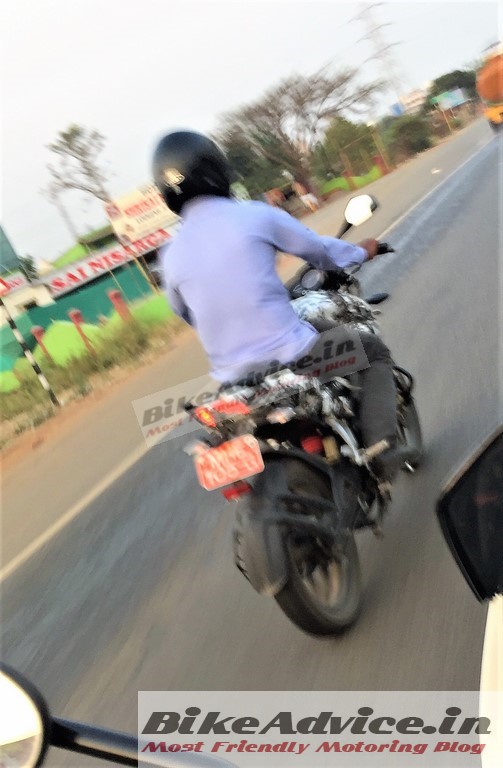 So, let us tell you – this is the bigger Pulsar NS160. The broader crankcase cover which has a different design, is a clear giveaway that this is the 160! We are putting up a comparison pic of NS150, NS160 and this mule below for you to make out. It also gets an underbelly pan and has a registration plate assembly similar to Pulsar NS200 against the utilitarian plastic mudguard-type assembly of the Pulsar NS150. 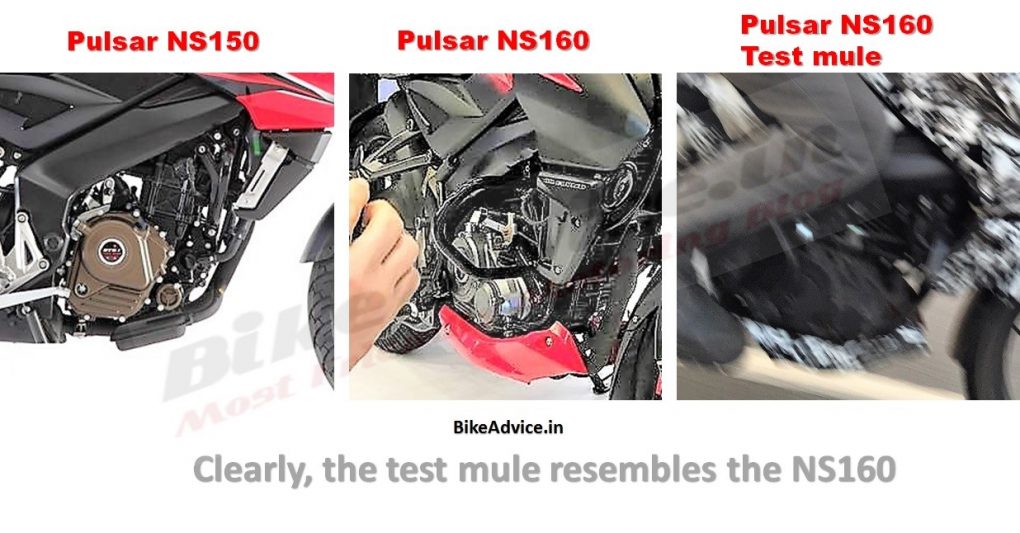 Next Question – It could be an export model?

No! This, in all probability, is an India-spec motorcycle being tested for our market. This is based on Bajaj’s way of testing. History tells us that generally, they only camouflage motorcycles if they are for the Indian market. And then the illuminated headlamp (which signifies AHO -automatic headlamp on – now mandatory in India) further confirms this test mule’s next ground!

For your information, Pulsar NS160 uses the same perimeter frame of the NS150 and produces 15.5 PS of peak power at 8500 rpm and 14.6 Nm of max torque at 6500 rpm from its 160.3 cc 4-valve engine. It is down on power against the NS150 but more importantly churns out 1.6 Nm of higher torque and it weighs 135 kg kerb only. The biggest USP which Bajaj will promote is its oil-cooling (engine cooling tech very similar to Pulsar 220). Bajaj also offers ABS as an optional extra on the NS160.

Since the motorcycle is already on the roads for testing, we believe Bajaj will want to plug the gap created by the discontinuation of Pulsar AS150 as soon as possible. They have, very recently, launched Pulsar NS160 in Nepal and hence, it should be introduced in India sometime towards the second half of this year.