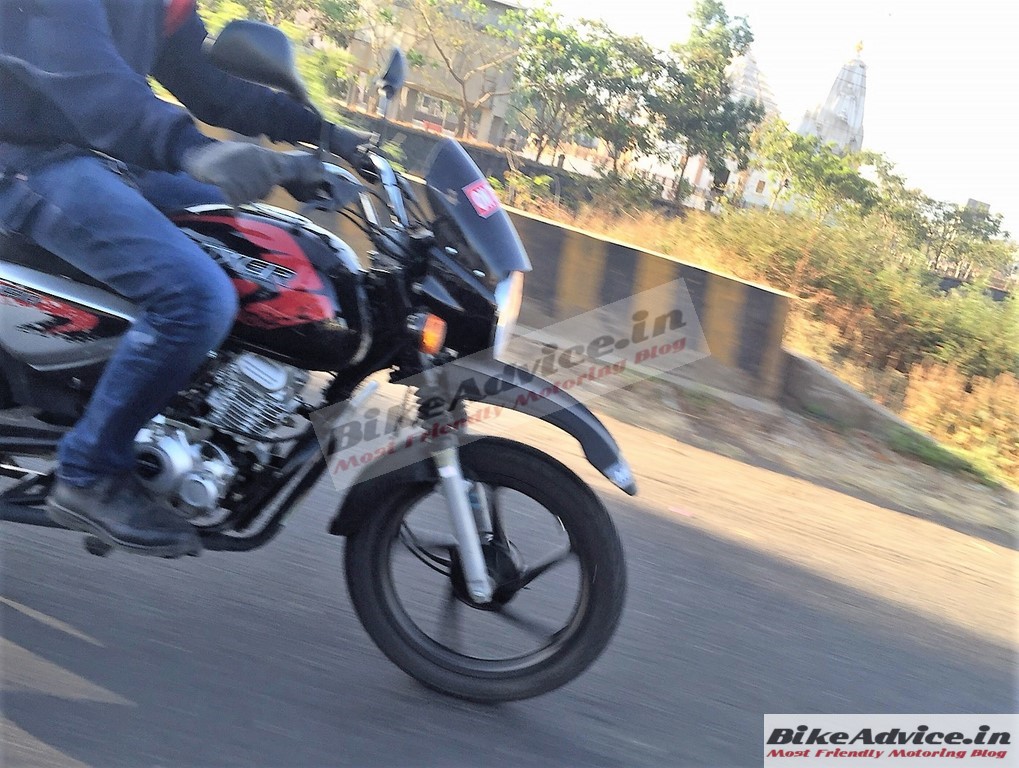 Bajaj tried various iterations of their Boxer motorcycle in India ranging from 100 cc to 150 cc power commuters. Eventually they discontinued the brand (only in India) with Boxer 150 being the last motorcycle.

In a latest update, they have been spotted testing Boxer X150, a cross version of the motorcycle in Pune. This X150 Cross was spotted by our reader Rahul at the old Mumbai Pune highway near Lonavala. 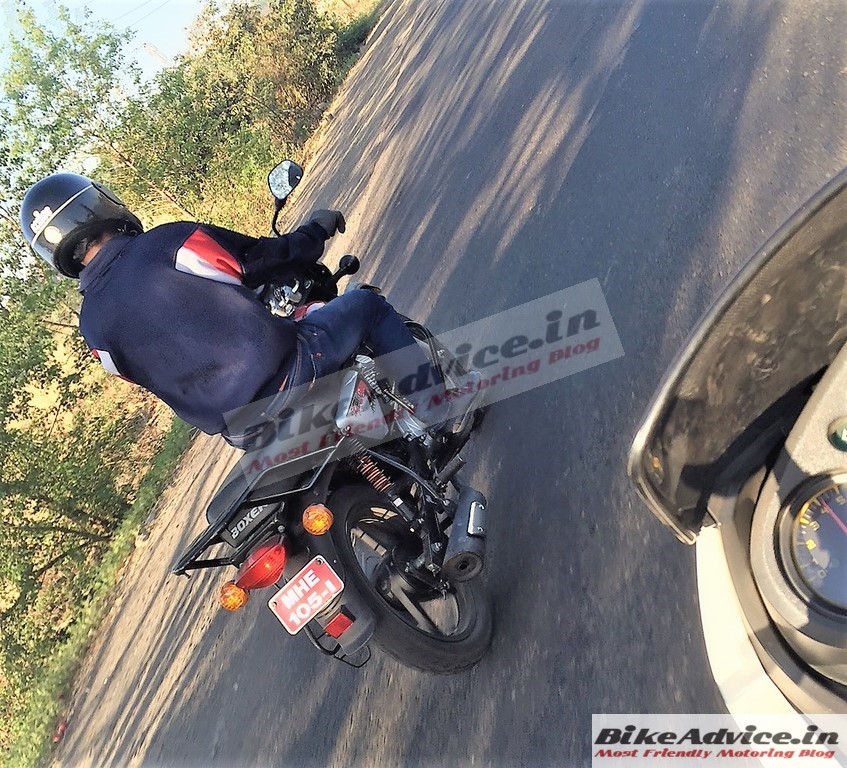 The basic difference between the regular Boxer and this cross version is the off-roading trait it comes with, like raised front mudguard, mud-grip type tyres etc. In terms of cosmetics also, it has flashier graphics, blackened theme – black alloy wheels, rear carrier etc (regular Boxer gets spoke wheels). 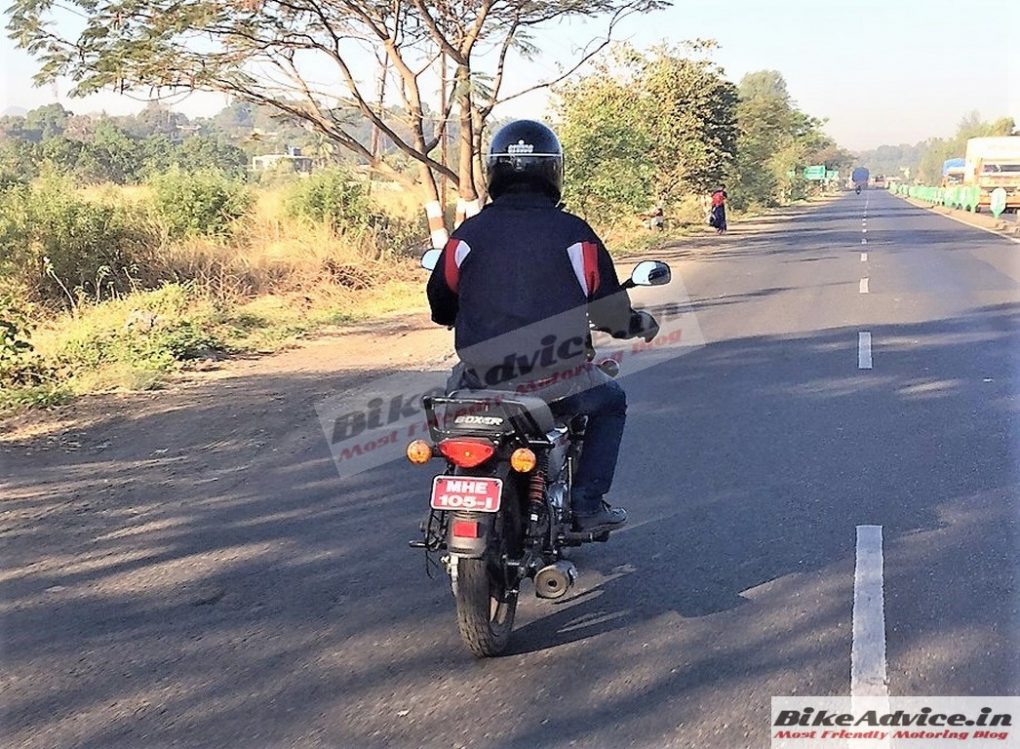 It is powered by the same 144.8 cc engine which produces 12 hp of peak power and 12.26 Nm of max torque. It is the same engine which powered the now discontinued Discover 150 siblings.

It is not known if Bajaj is testing the Boxer Cross for India. They have been selling Boxer 150 (including the cross version) in many markets like Kenya, Zambia etc. There are two possibilities here – this test mule may be an updated 2017 version for the same markets or owing to the falling sales of Discover 125/Platinas, they may reintroduce it in India with a BS4 engine and sell it for some time.

Next Read: Pulsar AS150 Also Axed; But Bajaj Says Adventure Brand Will Return