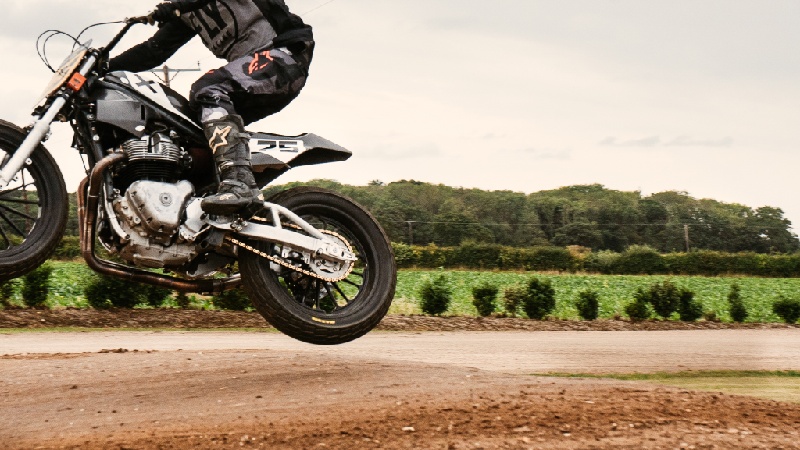 This win was quite special as it was Royal Enfield’s first year of competitive Flat Track racing on European soil.

It is after long 65 years Royal Enfield has managed to grab the championship title at a competitive racing event. Six decades back, Johnny Brittain won the ACU Star – the National Trials Championship for RE.

Gary, the main rider for RE, was going through a broken scaphoid bone in his wrist and yet managed to capture the second position in the 2021 DTRA Flat Track “Twin Class” Championship.

At the same time, Paul Young is quite a fresher to the flat track circuit but his prowess in the GP2 racing has definitely reflected on flat track and RE acquired the championship.

Adrian Sellers, Head of Royal Enfield’s Custom Program says even though they are new to flat track racing, this win will set the base for the future racing endeavors the brand will pursue.

SPIED: RE Scram 411 Spotted Along with Upcoming 650 Cruiser

He positively remarks about the collective effort by the whole team that led Royal Enfield to win the 2021 DTRA Flat Track “Twin Class” Championship.