Hi everyone, I’m Jayanth from Bangalore its been 9 months since I got my Thunderbird twinspark. I must say it just feels awsome to own an Enfield & to get attention from fellow bikers & others. Lets me start on how I got my Royal Enfield Thunderbird Twinspark. It was last year (march) that I turned 18 & was waiting to get my licence. 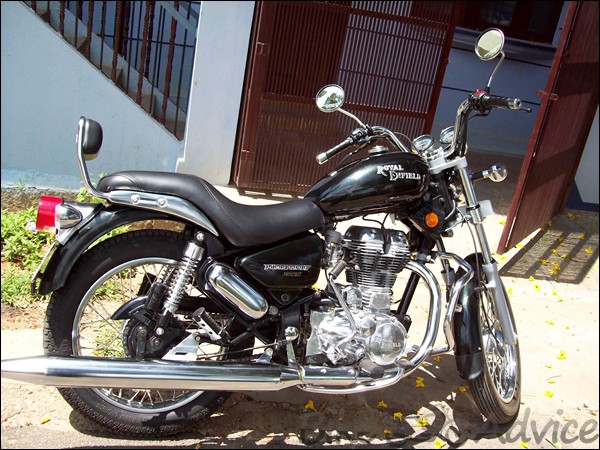 As soon as I got my LL in june it was just a matter of time on to get bike. Even thought I was in a lot of confusion on my bike selection it was between the Avenger 220 (it was just upgraded from 200) & the Royal Enfield. Even though my dad insisted me to go for the Avenger as it was much lighter & had great pickup than the RE.

Even though I had almost settled on avenger I still had this bug inside me thight I might regret my decison but everything cleared as soon I had a test ride of both the bikes that Thunderbird is the bike for me. I forgot to mention that I have ridden Karizma ZMR & Apache 180 which two of my cousin’s own. I must thank both of them as both of them were helpfull in selecting my bike. 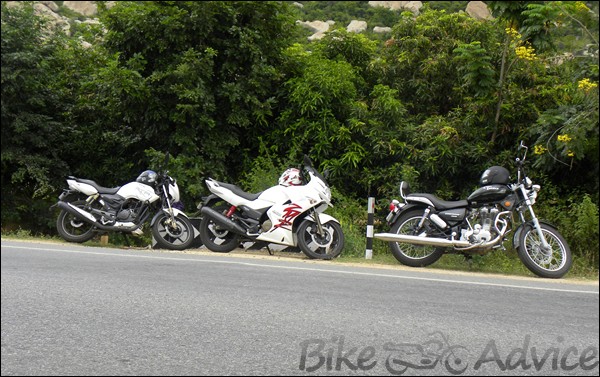 Coming to the bike I had booked the bike (@ jayanagar) in the month of may even thought it took me a lot to convince my dad to buy me that. The bike had 3 months waiting time, let me you that the waiting part is the hardest searchin throughout the net for reviews. I had seen so many reviews from xbhp, BikeAdvice, bikeindia, mouthshut that I had kept calling the showroom guys every 15 days.

After 3 months the showroom guys gave me a shock that it might take 1 more month. After which I called the regional manager & demanded that I get bike as early as possible. A last I got the bike on september 17th. Myself, my cousin &my dad went to the showroom their she was the showroom guy briefed on the things that I should look out for after 1 hour they added half lt of petrol & du du du the bike was started even though the bike sound was more like tus tus tus, the echo @ the showroom made it du du. 🙂 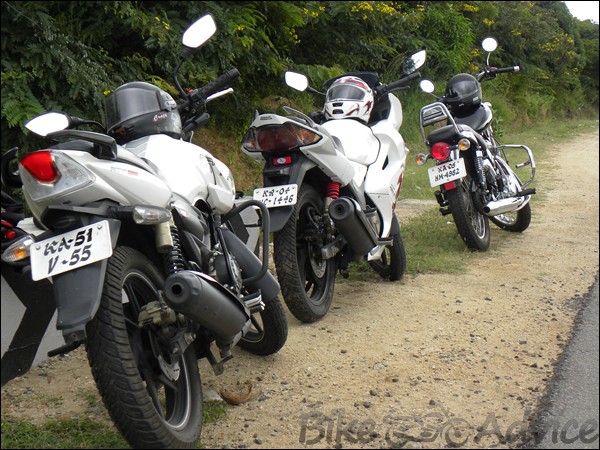 I will not mention much of the Technicalities I would like to mention one thing about the bike i.e., Torque 28nm Which is a lot. Most of the bikers just check the bhp & cc and start comparing with other bikes which is quiet wrong. Torque is somthing that is important when your cruising at highspeeds & even the load on the bike matters. Try ridding an apache or zma with 300kgs weigh load & then try the same thing with any Royal Enfield to know what torque is.

The best part about the bike is chrome. Its just shines where ever you go. The console has a fuel indicator, speedometer & a tachometer. I must say one thing that the neutral light is very difficult to see in bight sunlight. The backrest is very good, the seats are very comforting.

Even though this is not a performance machine I would like to mention that the bike does 0-60 under 6.5 seconds which is very quick for a bike that weighs 182kilos. The sweet spot of this bike is between 80-95km/hr even though it goes beyond that it very difficult to ride the bike with the vibrations. 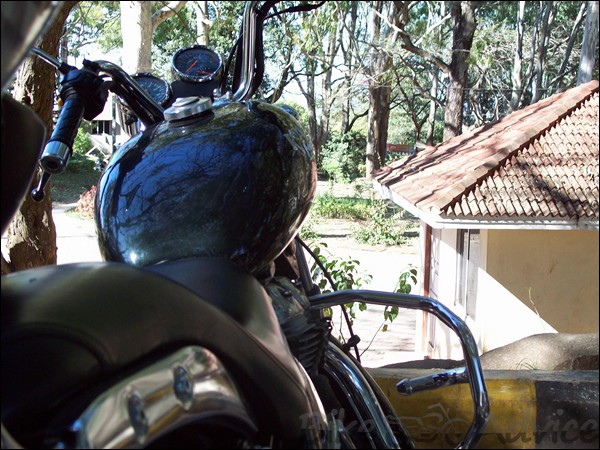 Before buying the bike I was always complaining with my cousin that his bike (Apache 180) has a lot of vibrations but after checking my bull’s vibs it was just a matter of time that I got used to that. Personally I have done a top speed of 120km/hr on speedo. BTW I am not sure whether my bike had a lot of speedo error or the other bikes coz when I went on a ride with 2 other pulsar’s the speeds of those were 70km/hr where as mine was 58-60km/hr so I dont know which bike has the error.

Finally before I conclude I must say one thing if your someone who likes to rip the bikes & take on the corners then definetly this is not the bike for you. After buying dont complain that it does not does fast & does not accelarate quickly. Each bike is unique & is special so please never ever compare your bike other bikes. 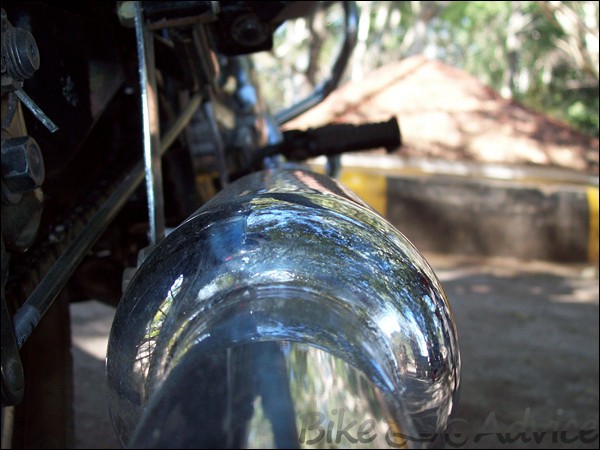 Park not thy Bullet in the darkness of thine garage, that it may collect dust for want of being oft ridden, ride thy Bullet with thy brethren, and rejoice in the spirit of the road.