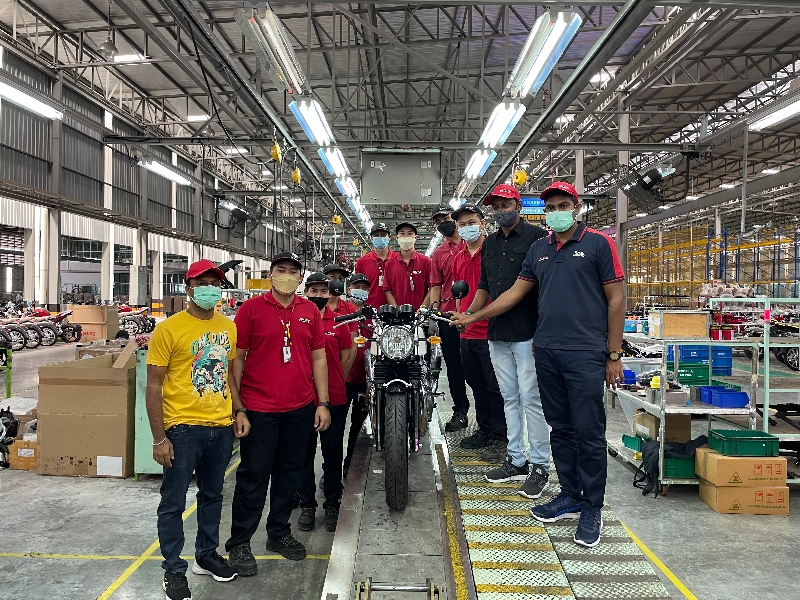 Royal Enfield Thailand CKD plant will also cater to other South-East Asian countries like Indonesia, Vietnam and others…

Royal Enfield, the oldest motorcycle brand in continuous production has announced commencement of operations of its exclusive Local Assembly Unit and CKD facility in Thailand which also happens to be one of the world’s largest automobile manufacturing hubs.

This unit has been set up in partnership with GPX – a local company in the South-East Asian country. With this unit going operational, the company now has three local CKD (Completely Knocked Down) units – in Argentina, Colombia in Latin America, and in Thailand. This is in addition to the three state-of-the-art manufacturing facilities in Chennai, India.

The assembly unit in Thailand is based at Gateway City Industrial Estate, Moo 7 Huasamrong, Plaengyao Chachoengsao. In addition to facilitating the consumers in Thailand, this assembly unit will also act as a distribution hub for all other countries in South-East Asia, including Indonesia, Vietnam, among others, thereby offering significant advantage and growth opportunities for Royal Enfield.

The initial plan is to assemble Himalayan, Interceptor 650 and Continental GT 650 initially. Later on, more models can be added.

On this occasion, B Govindarajan, Executive Director, Royal Enfield, said that the company has been strategically eyeing spots for local assembly to enhance its global competitiveness.

RE Making a Perak-Rival on Classic 350 Platform: Rumor

The Chennai-based maker has seen good traction in the Thai market and this step will help it strengthen its international presence, specially in the Southeast Asian markets.

Thailand has been a critical market for Royal Enfield since the brand’s market foray in 2015. Having made significant strides in the country and the APAC region, Royal Enfield is now amongst the top five players in the premium, mid-size motorcycle segment in markets such as Thailand, Australia, New Zealand and Korea.

Apart from increasing its footprint, Royal Enfield is also aggressively planning a major increase to its product portfolio with many models on the roads testing.