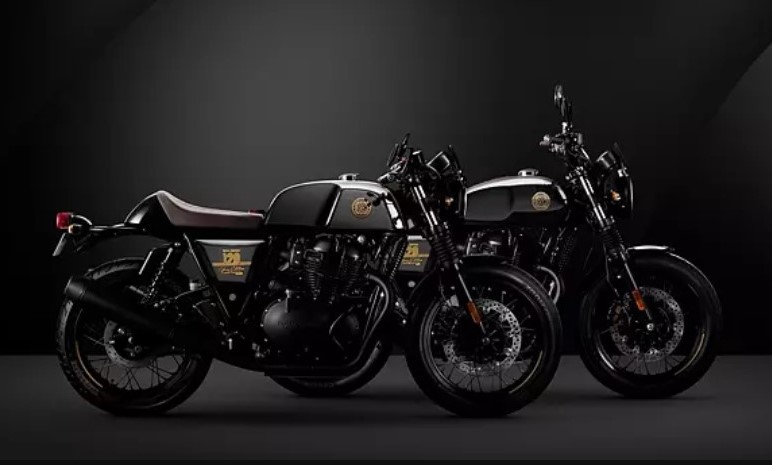 650 Twins Anniversary Editions were unveiled at EICMA 2021. Only 120 were earmarked for India and all of them got sold out within 2 minutes of the start of flash sale…

Royal Enfield is celebrating their 120th Anniversary and to commemorate this achievement, they unveiled the 120th Anniversary Limited Edition 650 Twins – Interceptor 650 and Continental GT 650 – at the EICMA 2021.

Only 480 total units of these special editions were produced and only 120 units each were allotted for India, Europe, Americas and South-East Asia. These 120 models were put on sale online through a flash sale by the company which saw all the 120 units sold within 2 minutes of sale going live.

The company shared that they received more than 17,000 registration for these limited edition models prior to the start of the sale. Earlier this week, RE began simultaneous deliveries of the 120th Anniversary Limited Edition 650 Twins to their customers all across the country.

Royal Enfield have proudly shared names of some of their celebrated and renowned first customers who have received the deliveries of these limited edition 650s.

Among the first to book and receive their 120th Anniversary Edition Interceptor 650 is Rear Admiral Philipose G Pynumootil of the Indian Navy. The Rear Admiral is a recipient of Nao Sena Medal  during his command of INS Brahmaputra. He received his uniquely numbered ‘001’ Limited Edition Interceptor 650 on 16th of March at a special ceremony held at the Indian Naval Museum at Goa.

The other two renowned names that took deliveries of these limited edition models include Ace Shooter and Olympian Gagan Narang and Malayalam film actor and director Dhyan Sreenivasan.

Gagan Narang took delivery of his limited edition Interceptor 650 on 21st of March in Hyderabad while Dhyan Sreenivasan took delivery of the similar machine from the company showroom at Kochi last week.