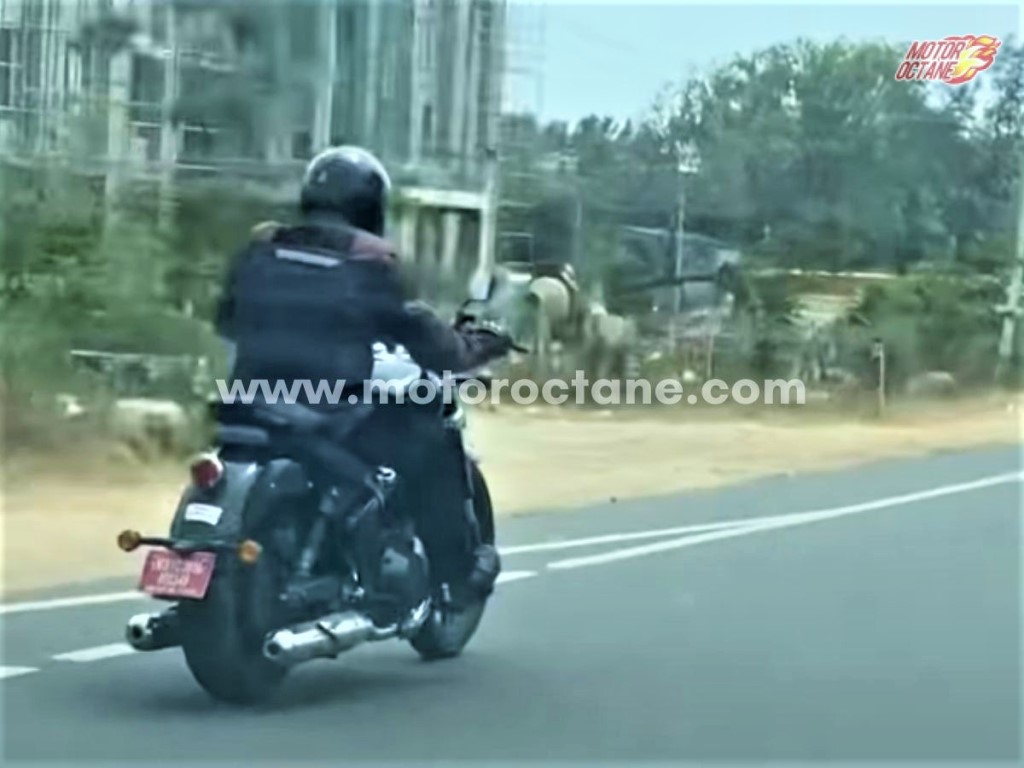 Royal Enfield is testing at least two different variants of cruisers. Both of them will be based on the twin cylinder 650 platform of the Interceptor 650. One of them is the sportier cruiser with mid-set footpegs and street seating posture.

And the other one is this – in spy pictures here – the conventional, tall, lanky cruiser – with forward set stretched legs and open chested riding posture. Recently, Royal Enfield patented the trademark SHOTGUN which looks apt for this motorcycle (details). However, it is not confirmed that this motorcycle will finally be called so!

The black colored low-ride mule is running with chrome plated twin exhaust canisters on either sides of the tyre – one for each cylinder and looks chunky. In its current form, this 650cc motor churns 47 bhp of peak power at 7150 rpm and 52 Nm of max torque at 5250 rpm. Will Royal Enfield tune it differently for this cruiser application remains to be seen.

Though there is nothing official on the launch timeframe of this (possibly Shotgun 650) motorcycle but we are expecting to see see it to get unveiled sometime later this year, with an eventual launch thereafter, probably next year.