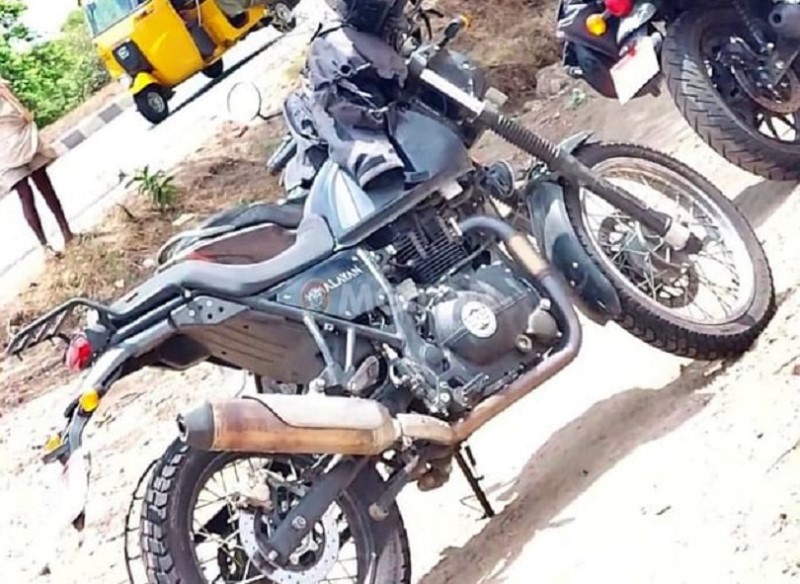 Fresh Himalayan spy pics have emerged on the internet. It carries some very minor changes but we have this question – what is under test NOW…?

Along with another upcoming motorcycle, Royal Enfield has been spotted testing its Himalayan in the open. There is nothing visibly different that we can notice from the spy pics of the test mule. It continues with the same round headlamp, knobby tyres, tall stance and the frame and engine also appear to be the the same – so this can not be the Himalayan 650 that the company had confirmed long back. An updated Himalayan was launched just a few weeks back.

The only two minor changes that we can notice are – the single piece seat in place of the split seat of the current production model and absence of the raised front mudguard.

The Himalayan opened to bumper problems – major and minor and this may be the reason why the company is taking extra precautions before and after every update. This test mule could be testing something new related to the engine or other mechanicals or it could simply be on endurance testing.

The 2021 Himalayan, launched earlier in February 2021, came equipped with the company’s Turn by Turn Tripper Navigation. It also received other functional changes like a taller windscreen, rear carrier, altered seat, etc. And obviously there were many new color shades that were introduced.

You can check our story on the other test mule in this picture here.