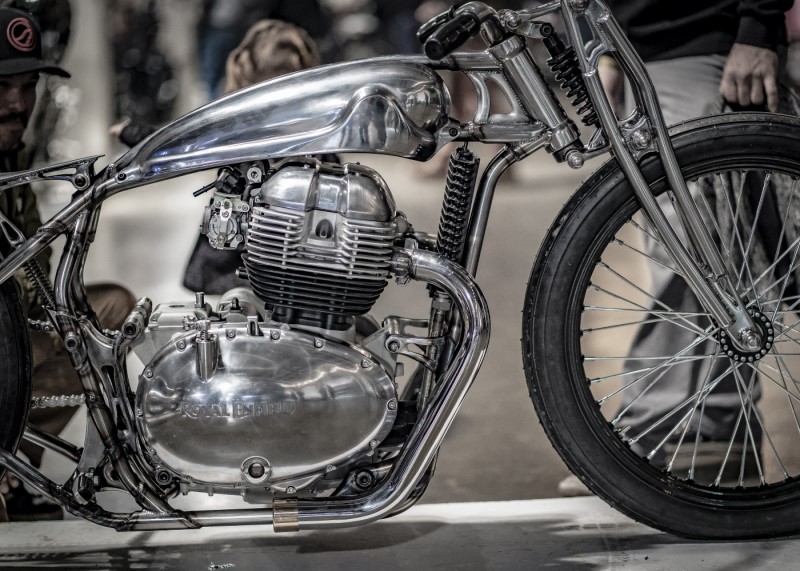 Royal Enfield Kamala is an award-winning custom motorcycle based on the Continental GT 650. The bare-bones unit is built by Sosa Metalworks.

Royal Enfield just hit up our mailbox to announce the unveiling of its custom-built motorcycle “Kamala”. The motorcycle is based on the Continental GT 650 and is built by customiser Sosa Metalworks.

The bare-bones motorcycle in its minimalistic form first premiered at The One Moto Show in Portland, Oregon, USA, in February 2020. Interestingly, the motorcycle back then was still incomplete and yet it managed to win one of the top awards at the show.

The bike is built on the frame of the Continental GT 650 and houses the same twin-cylinder motor that you can find on the GT 650 (and the Interceptor 650). Kamala consists of a narrow swept fuel tank, with a small springer seat arrangement to accommodate the rider.

For the uninitiated, Royal Enfield had introduced their “Custom Program” in 2016, to encourage creativity and customization of the Royal Enfield motorcycles. The “Kamala” motorcycle takes inspiration from the vintage track racing vehicles but is an original creation of Christian Sosa of Sosa Metalworks. He has hand-fabricated the build for the company, right from frame to body, suspension & the paint scheme.

The motorcycle in its lean form looks beautiful and is unique in more ways than one. Let us know what you think of the design.