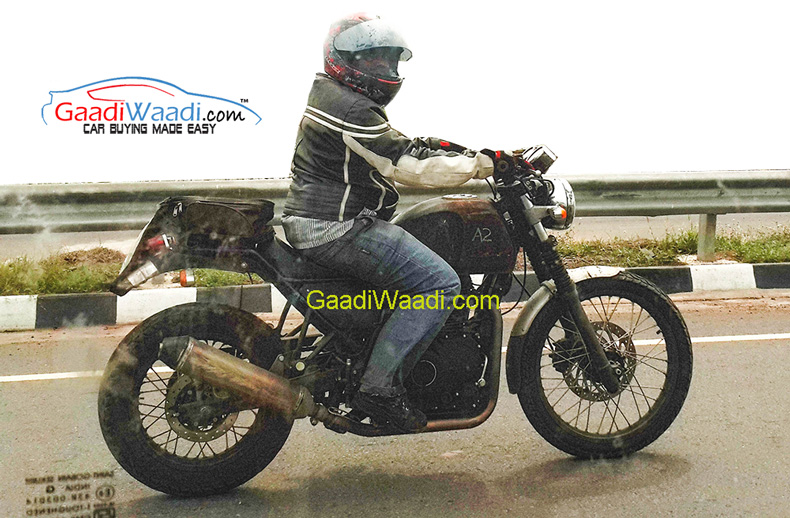 And the Royal Enfield’s next Adventure – the Himalayan has been caught yet again testing on the streets of Chennai by a reader of Gaadiwaadi.com. But there is little change! The test mule in pictures here is running with a different and sportier upswept exhaust and either the rider is too short or the bike will be a lot bigger than Continental GT.

There is a small inscribing of ‘A2’ on the tank which could be a mark for this test mule and apart from that the handlebar is a smaller unit unlike the last spotting where it was comfortably raised. The twin-pot instrument cluster appears to be all-chrome and so is the round headlamp. The engine also has a marking ‘B13’ which may be a codename for the all-new motor which is expected to be a near 400cc single and a more modern unit. Speculatively, it may get fuel injection and may produce torque output of around 40Nm.

Then, as we have talked earlier, this Himalayan runs on a monoshock, a first for a Royal Enfield. The rear rubber is wider and smaller in diameter, possibly a 17 incher (which will again be a first for RE). There are rear disc brakes and the seat is set high up with a contoured tank. 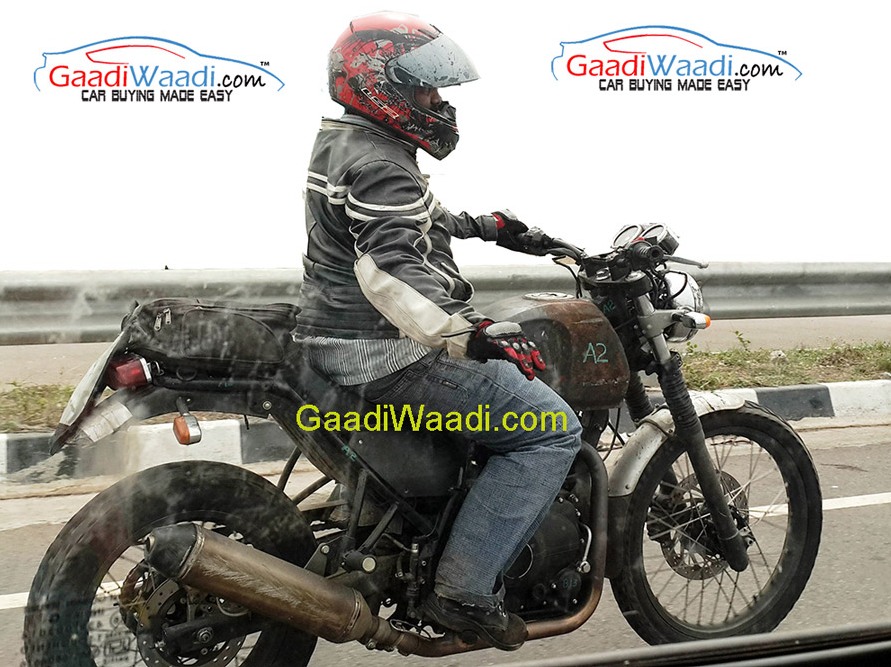 Royal Enfield is expected to pitch the Himalayan as an Adventure Tourer and with these test mules, it appears that the company is trying various different set-ups for seating posture and exhaust to get that perfect desired benchmarks.

In a recent interview, Royal Enfield’s CEO Siddharth Lal has confirmed that they are working on two engine platforms ranging from 250cc to 750cc and motorcycles based on these will start launching from next year (more details). So, this Himalayan may end up being the first offering from them, unless there are some more surprises in store…