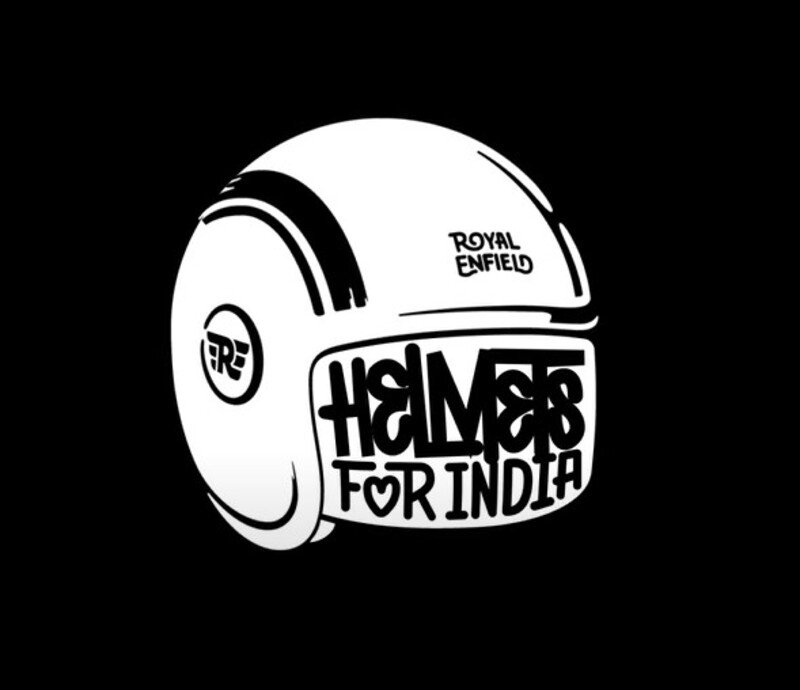 Royal Enfield have announced their partnership with Helmets for India which is aimed to improve the road safety in India by bringing about a positive change in perception of Indian riders about wearing a helmet.

Helmets For India is an initiative started by Niels-Peter Jensen in 2018, who is a German film-maker and former world champion mountain bike racer.

He was heavily affected by one of his visits to India in which he saw a terrible accident of a rider which compelled him to bring a change. Since then, Helmets For India has used self-expression and art to inspire and unite the global motorcycle community and raise awareness for the cause by educating millions on the need to wear a helmet.

The not-for-profit organisation has held numerous awareness drives and initiatives engaging riders in India while spreading awareness for the cause amongst the global motorcycling community.

They organised an awareness ride from Mumbai to Goa holding awareness workshops and distributed over 300 helmets to riders along the way.

As the first initiative in their new collaboration, Helmets For India and Royal Enfield have put together a global artists collective initiative in which world-renowned artists will create unique and evocative expressions on helmets which will then be auctioned to raise funds for the cause of helmet safety.

Over 25 global artists, including Jet Bailey, Ron Miller, Sankskar Sawant and Francesco Colombo’s helmet graffiti designs will be unveiled across Royal Enfield’s social media channels as well as the Helmets For India website.

The final artworks will join the 30 previously created for Helmets For India last year, which will take part in a prestigious exhibition and auction in India later this year. All the proceeds from this auction will be donated to an Indian NGO that rehabilitates children who have suffered serious head injuries in road traffic accidents.

Moving forward, Helmets For India has another ride planned, with Niels and a new team of motorcycle enthusiasts, which will depart from the Royal Enfield Garage Cafe in Goa on a 1000 km journey to Kanyakumari.

It is good to see a brand like Royal Enfield leveraging their influence to bring about a positive change in the society and the biking community. Before this initiative in India, RE also partnered with Campaign Against Living Miserably (CALM) to launch the ‘Open It Up’ raffle in the U.K. to help people who are struggling with mental health issues.