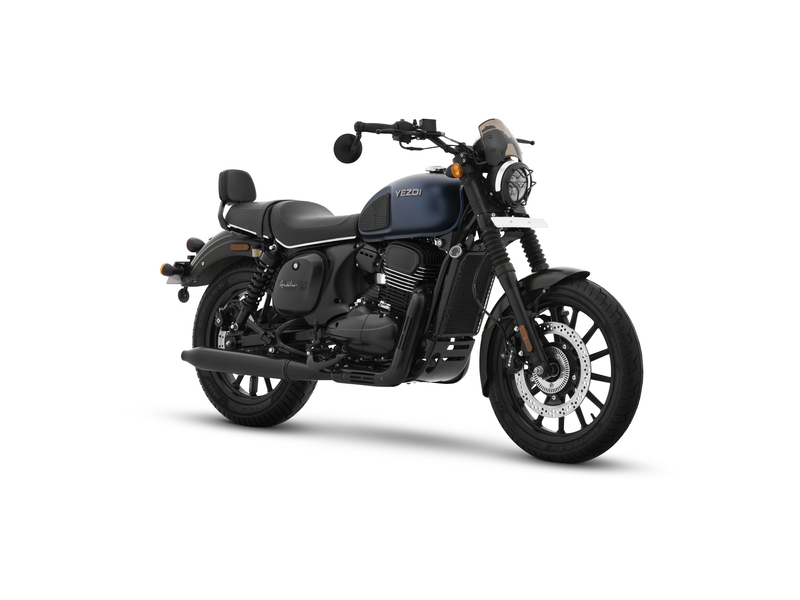 Roadster vs CB350 vs Meteor – Here is a direct spec comparison between these three retro cruiser rivals. Let’s see where does the Yezdi stand…

Let’s have a look:

The Roadster is also the most powerful motorcycle in this trio, however, the CB350 churns the highest torque among all and is equipped with an Assist & Slipper Clutch. Also, while both Meteor and CB350 have 15 liter fuel tank capacity, the Roadster comes with 3.5 L less.

The only thing we can tell here is that the Roadster has the best ground clearance amongst the three.

Expectedly, the H’ness is the lightest among the three cruisers and the Royal Enfield is the heaviest. However, the Meteor has the shortest seat height which should accommodate riders of various stature.

The CB350 has the best feature set among all the three. It gets a combination of analogue and digital display which has all the Bluetooth connectivity features along with the GPS navigation capabilities. The Roadster only gets an LCD display with basic information while the Meteor gets an analogue system with a small Tripper Navigation display.

Surprisingly, the Honda is the most affordable here, followed by the Roadster whereas the Meteor is the costliest.

However, a bike is much more than the features it gets. Another important aspect is how a bike rides and how it feels. To understand this, we have to first ride the new Roadster to see where it stands in this rivalry.