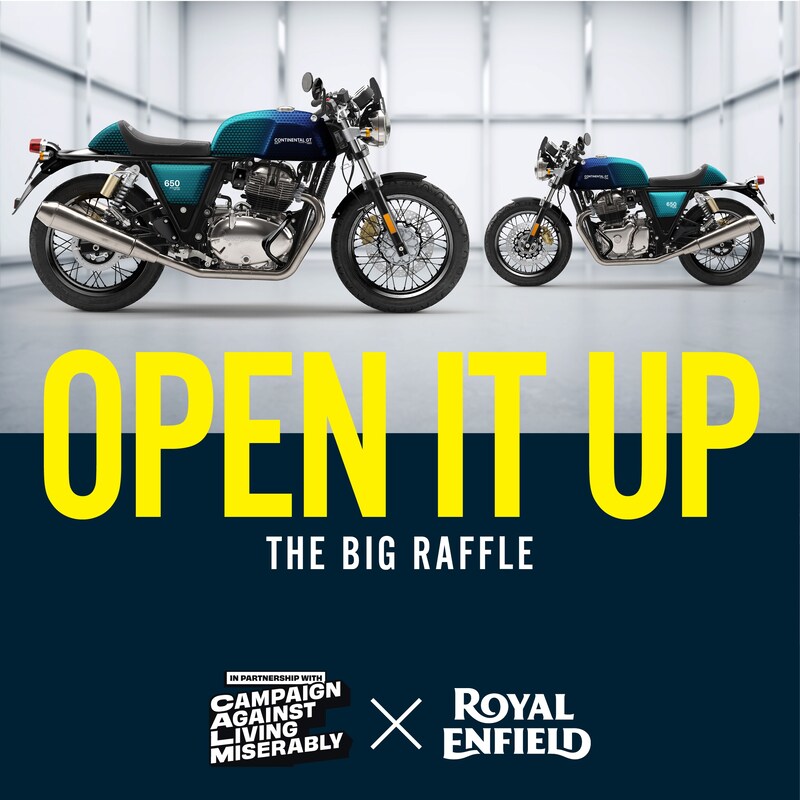 Royal Enfield has announced their partnership with Campaign Against Living Miserably (CALM) and has launched their ‘Open It Up’ big raffle in the UK. With this partnership the aim is to raise funds and awareness to support the positive promotion of mental health and suicidal prevention.

Royal Enfield along with CALM is working to increase the amount of conversations we all have around positive mental health. The Campaign Against Living Miserably (CALM) aims to help people struggling with mental health, particularly men for whom finding support can be a struggle.

Royal Enfield is giving away a customized RE Continental GT 650 with a one-of-a-kind paint job as the top prize in the raffle which they are organising to support the cause.

There will be in total 10 prices that could be won in the raffle. The other prices includes two tickets to join The Highland Scramble in Scotland, a Belstaff gift package, two tickets to a day of Slide School flat-tracking and much more.

Royal Enfield explains their goal is to develop long-term cultural changes to get more people talking about mental health issues within the motorcycling world and beyond. They are working with CALM  to raise £25,000 to fund their campaign.