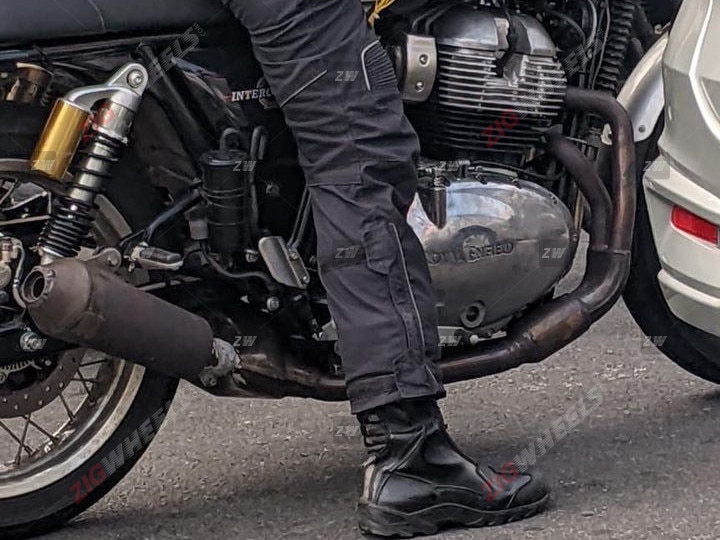 New 2022 Interceptor 650 spy pics suggest that it may ditch one complete exhaust pipe. Is that a good change? What are the benefits?

Among the barrage of spy-pics and teasers of upcoming models, it is a fresh change to see manufactures improving their already established machines. Royal Enfield seems to be working on its 2022 update to the 650 range. A new set of spy pics have emerged that reveal an Interceptor 650 test mule equipped with a single-unit exhaust set-up fitted to its parallel-twin engine.

In the current version of the Interceptor 650, an exhaust-pipe is connected to the outlet of each cylinder which extends along the full length on either side of the frame and ends at the rear.

However, this new model is running on a two into one exhaust that has an outlet from both the cylinders but it merges into one single pipe that is routed on the right side of the motorcycle.

LEAKED! Now RE Super Meteor 650 Revealed in a Video

We can either expect these changes to come in the next update of these bikes or they can be offered as an after-sales accessory for their 650 twins.

But will a single exhaust provide the same thump of the current model…?