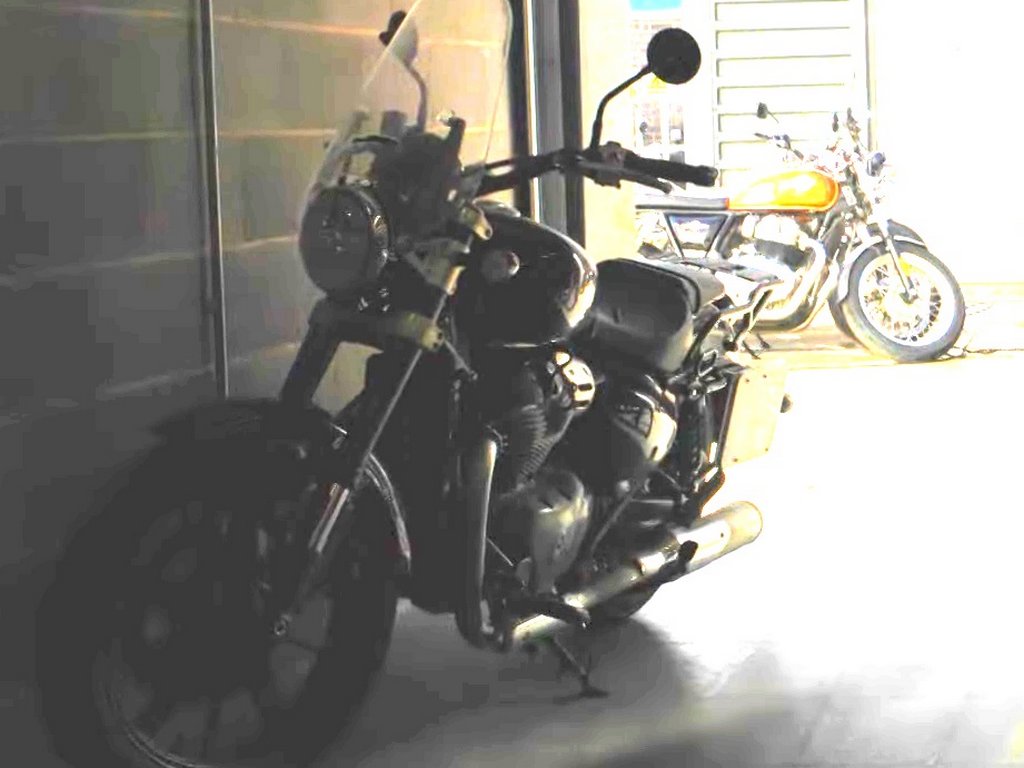 RE Super Meteor 650 launch can be expected anytime in the coming months, now that the company is teasing it, intentionally!

Royal Enfield is celebrating their 120th Anniversary this year, and to commemorate this achievement, they have been preparing to conquer the South Pole for the last two years. They have sent two of their Royal Enfield Himalayan machines to Iceland and their expert engineers and technicians have been working hard to test and modify these machines to prepare them to take on the 770 km gruesome journey to the South Pole they are calling ‘90° South – Quest For The Pole’.

RE has been sharing their progress with a series of videos on their YouTube channel where they have been showcasing their journey and their hard work.

Last week from this series of videos we were able to catch the glimpse of what we think was the upcoming Royal Enfield Hunter 350 (perceived name). And now, in their latest video, we have now caught the glimpse of the company’s upcoming 650cc cruisers.

At the 34-second mark of the video, we can clearly see the upcoming bikes simply parked near the wall and at the entrance of the garage. This being the second instance when the upcoming bikes have been spotted so easily. This, possibly, is an intentional leak and in the process the company may want to build up the hype, without even talking about them.

We can clearly make out the classic cruiser look from these screenshots. The bike, which could be called as Super Meteor 650, flaunts round headlight housing, round rear-view mirrors, indicators and tail-light. Other trinkets include tall windscreen, dual exhaust pipes stretched along the body and broader rear-fender.

The fuel tank appears to have a tear-drop shape and we are expecting a similar instrument cluster to the RE Meteor motorcycle which carries twin-circular dials. These cruisers can get additional bits like USB charger and various smart connectivity features.

Ergonomically, we expect the bike to have an upright comfortable seating posture to aid the rider to tackle long distance touring. The bike will have wide back-swept handlebars, low seat height, center-set foot-pegs and what looks like a wide comfortable seat. We can see mounting-brackets which will aid in attaching panniers and a top-box to the bike for long rides.

Here is the video…

One of the models here could be the other bike – a sportier version – which could be called as the Shotgun 650.

We can infer that both the new bikes will utilize the 648cc engine that powers the current RE Interceptor 650 and the RE Continental GT. This is an oil-cooled, parallel-twin motor producing 47 HP of power and 52 Nm of torque and is mated to a 6-speed transmission.

The chassis will utilize USD forks at the front as standard. The rear will have dual-shock suspension set-up and will come with ABS as standard at both ends.

The bikes do appear to be production-ready, judging from the video. And hence, expect a market launch in the coming few weeks or months.