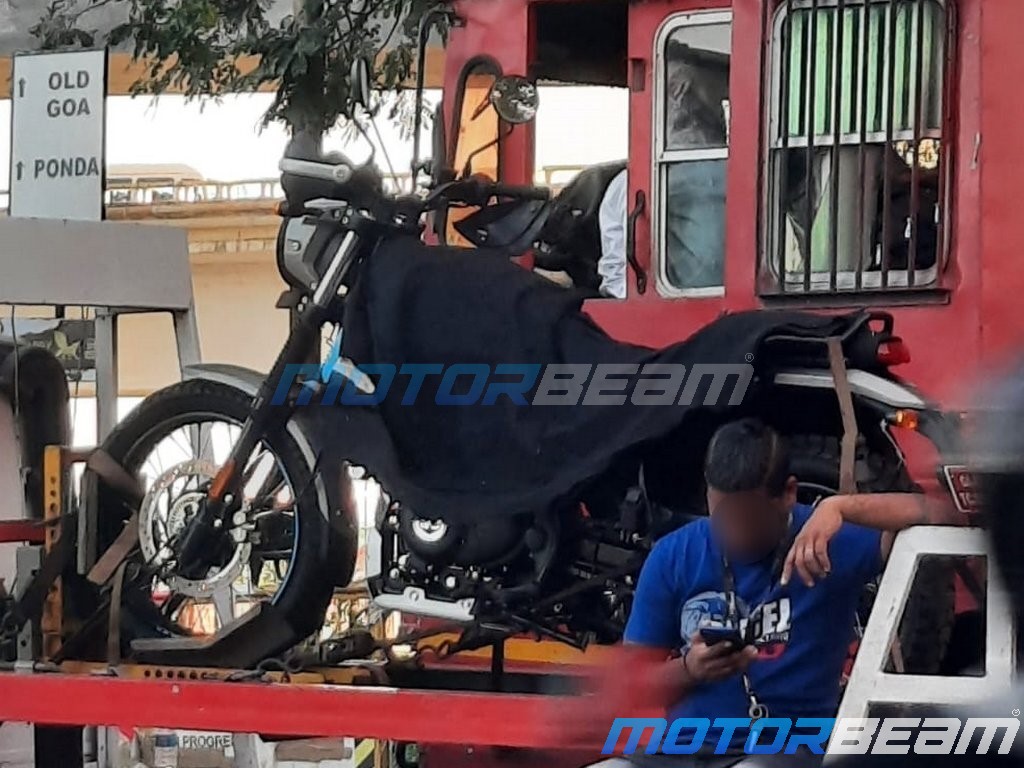 The market is heating up with so many new bikes that are set to launch next year. We bikers are in for a treat with such variety about to be offered to us….

It is impressive to see how aggressive Royal Enfield is to save its turf. It simply does not want to let go its massive market share in the 250cc+ segment. To counter real aggressive new rivals, the Chennai based maker is revamping its line-up and is preparing truckloads of new motorcycles for the market.

Fresh new spy pics of what is being called as Scram 411 has surfaced on the internet. It is claimed that the motorcycle was snapped during its promo shoots in Goa (a signboard confirms that the location was Goa).

Basically, Royal Enfield is trying to branch out different versions of motorcycles on similar platforms. The Scram (most likely name) appears to be the road-focused variant of the Royal Enfield Himalayan which is an ADV motorcycle.

On first look, the bike carries a city-bred look about itself with understated, toned-down styling which can blend within the chaos of the cities. We are expecting it to be a relaxed commute-friendly offering from RE.

The bike appears to have a smaller front wheel – likely 19”- compared to the Himalayan’s 21 incher, while carrying the similar rear wheel. It is equipped with round headlamp, standard tyre-hugging front fenders and no fork gaiters. It doesn’t seem to carry any wind protection accessories such as the front fly-screen or any small fairing elements.

From the side, the bike sports tiny tank shrouds which will probably be decorated with stripes in the production model. The spied bike carries upswept exhaust, split-seats, body panels and an overall blacked-out look. At the rear, the Scram is equipped with standard grab-rails, tail-lamp and turn indicators.

There is a possibility that Royal Enfield may ditch Tripper Navigation and, in fact, the complete Smartphone pairability on the Scram, which is expected to come as a cheaper alternate (than Himalayan).

Since Royal Enfield is already preparing its marketing material, expect a formal launch announcement anytime in the coming few days…