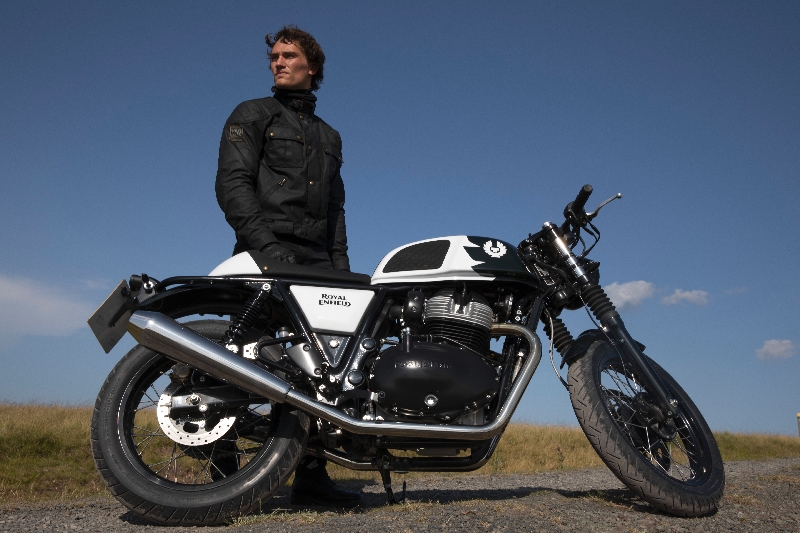 Royal Enfield and British brand Belstaff has one thing in common – their legacy of pure motorcycling and timeless design – and therefore, they have joined hands to bring Indian bikers an exclusive range of apparels to celebrate the 120th anniversary of Royal Enfield.

For those who don’t know – Belstaff is one of the leading British Heritage Brands launched in 1924. They are known worldwide for their high performance outer-wear and jackets and have been the apparel brand of choice for adventurers globally. They have a reputation for delivering timeless, premium quality products throughout their range.

Having and sharing decades of experience in the motorcycle and apparel industry, Royal Enfield and Belstaff have been developing a range of products that they say will be synonymous with the spirit of motorcycling.

Every jacket on their collection is styled with a special commemorative ‘Royal Enfield 120-year Anniversary’ patch on the right-hand sleeve and an additional ‘Limited Edition’ riveted metal plaque on the inside zip.

The collection will only be limited to 500 jackets. In homage to the collaboration of two heritage bands, the in-house Royal Enfield
Custom Team has developed two custom Royal Enfield Continental GT 650 motorcycles – boasting one-of-a-kind liveries and featuring unique design elements incorporating Belstaff’s legendary British Millerain waxed canvas and antique brass hardware. These beautiful custom bikes will be showcased around Europe in some of Belstaff’s flagship stores and concessions.